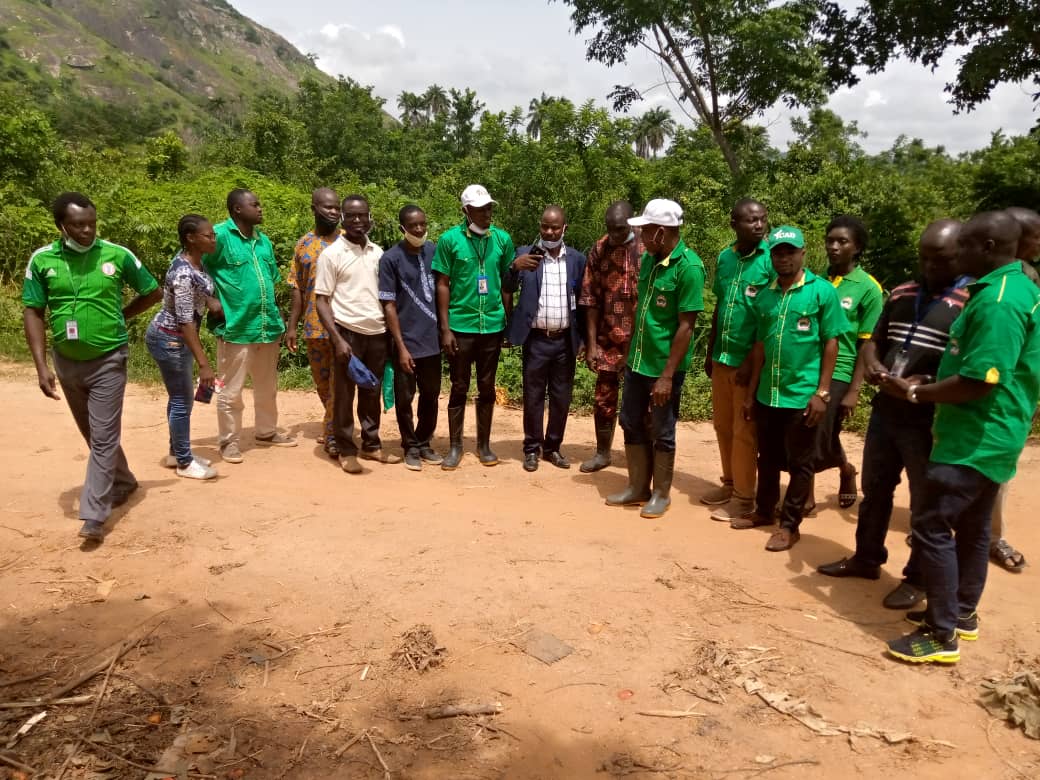 Ekiti state government has handed over the Erio Ekiti Farm Centre to
Youth in Commercial Agriculture Development (YCAD) members for the
take-off of its agribusiness.
Conducting the leaders of the Youth Farmers’ Group round the centre,
the General Manager in charge of Farm Settlement and Peasant Farmers
in the state, Mr Oludare Asaolu said that the governor, Dr Kayode
Fayemi took the bold step to support youth participation in every
component of agriculture for food security, job creation and economic
emancipation.
The General Manager, who disclosed that the approval for the release
of the 187 hectares’ farmland was granted about 6months ago by the
governor, added that the delay in the formal handing over of the
centre was due to the process of perfecting relevant documents
relating to its acquisition.
Mr Asaolu therefore warned all trespassers and illegal occupants to
stay clear as government would not hesitate to use the instruments of
the law to deal with them.
While charging the youths, Mr Asaolu said that the land allocated to
them should be judiciously utilized for the purpose which was meant
for, stressing that the governor was magnanimous to have released it
to them in the face of high request for land from investors outside
the shores of the state.
He explained that about 100 hectares of the land was originally
cleared for farming purposes, out of which about 20 hectares were put
into adequate use and the rest had degenerated into a secondary
forest.
Explaining further Mr Asaolu said that a section of the centre was
earmarked for poultry and livestock farming, with an assurance that
government would continue to support them in the project.
In an interview with news men, the President of Youth in Commercial
Agriculture Development (YCAD) Mr Sanya Fabiyi appreciated the
governor for the approval granted for the release of the centre.
Mr Fabiyi said that the group has been making contacts with support
groups and multilateral organizations for the development of the
centre, adding that YCAD was waiting for the necessary documents to
affirm its ownership before funds are released.
While explaining the vision of his group for the farm centre, the
president said that the place was grossly inadequate to accommodate
its plans, as every component of agriculture would be involved in the
centre.
He said further that the place would be developed into a modern centre
with residential quarters, relaxation centre and other state of the
art facilities to encourage more youth participation in agriculture
and its components.
In his comments, the Technical Adviser to YCAD, Mr. Olarewaju Borisade
said that the youths need further assistance of government in the
areas of land clearing, electrification of the centre and other social
amenities that would motivate young ones in the sector and as well
reduce rural-urban migration of the state population.
He assured that the centre would be put into adequate and productive
use as soon necessary documents relating to the centre are released,
calling on the Office of the State Surveyor General and the Ministry
of Land and Urban Development to expedite actions on the title deeds
of the centre.