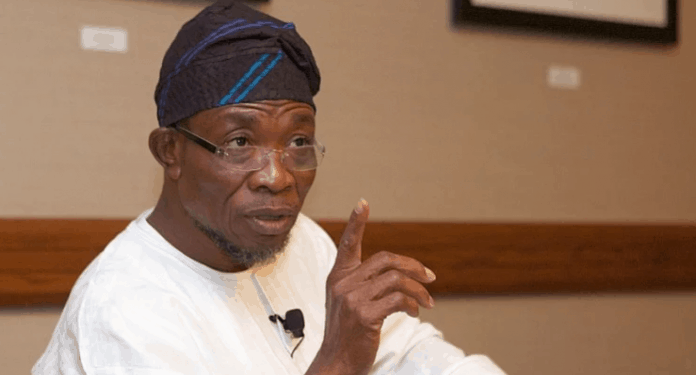 The Minister of Interior, Ogbeni Rauf Aregbesola, had alleged that killers have been allowed to join the All Progressives Congress.

Aregbesola said this on Friday at his Ifofin, Ward 8, Ilesa East Local Government Area registration centre after he revalidated his membership of the APC.

The former Governor of Osun State, who spoke in Yoruba, said everyone should be allowed to join the party, but that when it comes to time for members to work together, people of shady characters should be avoided.

He said: “Killers have joined our party and the law guiding our party doesn’t say we can’t admit them when a law court has not convicted them.

“You know the killers or you don’t know them?

“If we will be in the same party, we will not accept anything that will denigrate Bola Ige.

“He was our father.

“In this area, Bola Ige was our father.

“Are you happy that Bola Ige was killed?

“Whoever denigrates Bola Ige is our enemy.

“Whoever wants to use Bola Ige’s tomb to climb to a higher height would not achieve his aim.

“When we want to aspire for a position here, your name and antecedent will determine how you will be treated.”