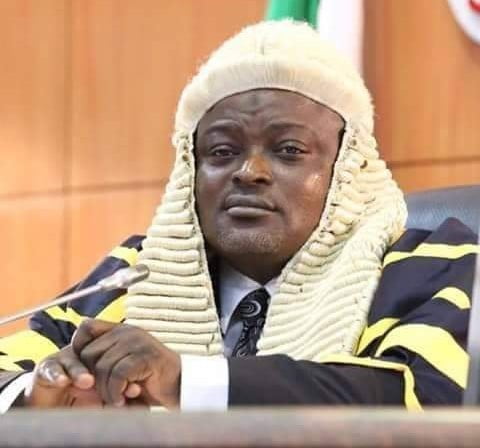 Lagos State House of Assembly has granted the request of the State Governor, Mr Babajide Sanwo-Olu for the conversion of the African Development Bank,(AFDB) loan Lekki Concession Company Limited, (LCC) as a privately owned, for the state government to assume full ownership of the company.

It would be recalled that the request received from the executive arm, on Monday, 21st June 2021, was committed to Committee on Finance to further look into it and report its findings to the House.

Giving his presentation, Chairman of the Committee, Hon. Rotimi Olowo positioned that upon the buy-out of all the shareholdings interest of the Lekki Concession Company Limited, (LCC) by the State; Lagos State Government became the subsisting shareholders of LCC with 75per cent shareholding and the Office of Public-Private Partnerships, shareholding 25per cent respectively.

He further stated in the report that the original $53.9 million loan obligation from a private sector facility, AFDB had been resolved after series of engagements between AFDB, LCC and the state government to convert the loan to a public sector facility with the benefit of a considerable reduction in interest charges of 1.02per cent of $1.12million bi-annual as against the 4.12per cent of $2.746million per bi-annual thus giving a savings of $1.16million bi-annual or $3.24milliom per annum.

According to the report, the servicing of the loan obligations would be a maturity till August 2034.

Debating on the report before the initial approval; Hon. Gbolahan Yishawu supported that the recommendation, saying it was a smart move as the interest rate would not injure what the state was spending on capital expenditure.

He added that it would also reduce the interest risk as well as the rate by moving the loan from the private to the public sector.

Contributing, Hon. Abiodun Tobun while going in tandem with the recommendation of the committee, stated that saving 3.1per cent in interest rate difference would further reduce the burden on the state government and encouraged the savings to be used to develop other sectors of the economy.

Hon. Femi Saheed reasoned that the restructure of the loan was an indication that transparency in the state financing, saying it gave add-on flexibility for the additional years granted for the repayment of the loan.

He deemed the request a standard financial procedure practised all over the world.

The Speaker of the House, Rt. Hon. Mudashiru Obasa directed the Acting Clerk of the House, Mr Olalekan Onafeko to send a clean copy of the resolution of the house to the governor.