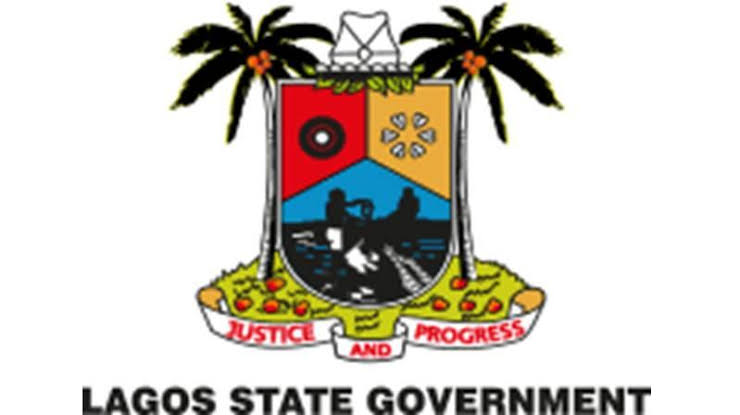 The Judicial Struggle for Magodo Land started in 1984, when the then Military Government of Gbolahan Mudashiru demolished our houses, after forced acquisition of the entire land area for public use.
But we later found out that the Government, instead of using the land for public use, was sharing it among officials and wealthy individuals.

We the members of the Shangisha Landlord Association challenged them and entered into negotiation. When this failed we instituted a civil action against the State Government and the officials involved in 1988.
The matter went through the High Court, the appeal court and the Supreme court that dropped its hammers in 2012 with an order that members of the association should as a matter of first priority be given 549plots of land in the area.
Since 2012, the process of harvesting the fruit of our Supreme Court Judgement has been a Herculean task because the Lagos State Government felt it is greater than the law. Even the than Attorney General of Lagos State Mr Ade Ipaye boosted to our Lawyers, that despite the judgement of the Apex Court, no inch of the land in Magodo will be yielded to any member of the Landlord Association
NOW THE DETAIL FACTS
Between 1984 and 1986, the government of Lagos State of Nigeria fraudulently took the parcel of land belonging to us, members of the landlord Association of Shangisha /Magodo the area occupied by us, under the pretence that the acquired land will be used for the construction of an international standard hospital. We the landlords were forcefully evicted from the land in dispute.
The government went ahead to pull down all our houses, taking the entire area which was not what they had asked for in the 1st place. After the pulling down of our houses, we were embarrassed to find out that the Lagos state government officials involved had converted the land for their selfish interest, allotting the said land in plots to their friends and cronies, and some of high and mighty people in the society
The Association (Judgement Creditors) unanimously elected Chief Adebayo Adeyiga as their chairman and six other members to represent the Association in recovery of their land from the Lagos State government. We approach the Lagos State government, armed with facts of the fraudulent allotment, and it was resolved between us that members of the Association would be given plots of land from the then new scheme known as Magodo scheme 2.
It was when they failed to do so, that we were forced to sue the Lagos State government sometimes in June 1988 in suits ID/795/88 Chief Adebayo Adeyiga and six (6) others versus military governor of Lagos State and four(4) others in Lagos State high court, Ikeja.
The Association applied to the court for an order to sue and prosecute the case in a representative capacity and was brought before Honorable Justice W. A. Oshodi it was granted on 21st of November 1988.
While the case was going on, the Lagos State government refused or neglected to obey the court order to maintain status quo, rather they and their cronies intensified construction activities. This forced us to apply for interlocutory injunction which was granted by the late Honorable Justice A. L. Balogun on 19th October 1992.
By this ruling/order of the courts, it was expected that the Lagos State government and the Association would respect the court of the land and refrain from allotting or further development on the land, pending the determination of the substantive suit, but they refused.
On the 17th of May 1993, while the case was still pending in court, the then civilian governor of Lagos State, Sir Michael Otedola gave the executive order for the release of our land to us, which was not also compiled with by the state of Lagos state government officials.
On the 31st of December 1993, the trial court gave judgment in favor of Shangisha Landlord Association as represented by the Chief Adebayo Adeyiga and six)6) others with a mandatory injunction order on the judgment debtor (Lagos State government) to allocate 549 plots on the land in dispute as first choice preference to the association.
On the 16th of March 1994, while the appeal against the said judgement was pending, the judgement debtor applied for a stay of execution which was granted by Honorable Justice Rosaline Omotosho, and she ordered both parties to maintain status quo. She lamented the contemptuous act and lawlessness of the Lagos state government and their agents in refusing to comply with the earlier order.
On May 4th, 1994, the same judgement debtors wanted to eliminate members of the Association judgment creditors. They sent members of the government task force with thugs after the chairman of the Association Chief Adeyiga who was beaten with his wife, wounded and thrown down from his one-story building. This act cost him permanent disability on his body and complete damage of his eyes, this same act of lawlessness was also carried out on other members of the Association using the same task force, thugs and security personnel.
In 1999, the late Honorable Justice Akinola Aguda tribunal on the allocation of land and Lagos state also gave an order against developers of all the lands in dispute and Shangisha/Magodo and Ikosi GRA to suspend work pending the determination of the suit ID 795/88 in the courts of appeal but they did not obey the order.
Despite the caveat put on the land by late Honorable Akinola Aguda, the Lagos state government and illegal allottees refused to obey the order of the late jurist. The Lagos state government and its land officials and Justice department, because of the reprimand given by the late jurist to some Judges. Ministries of Justice officials and Land officials colluded and refused to release the recommendation and the report of Late Justice Akinola Aguda panel until today.

On the 25th of September 2001, the courts of appeal gave judgment against Lagos state and reaffirmed the judgment of the lower courts.
In order to preserve the rest of the land our counsel, the Late MR. Kehinde Sofola SAN wrote a letter dated 29th of July 2002 to the then attorney general of Lagos state Prof. Yemi Osinbajo to preserve the 549 plots with him pending the determination of the case and send a copy to Supreme court. The Lagos state government dissatisfied with the same appealed to the Supreme Court of Nigeria, which finally affirmed the judgement of the lower courts on the 10th February 2012.
After the Supreme Court had dropped it hammer by confirming the judgment of the lower courts, we exhausted all options known in law to have our land even by auditing all the remaining vacant land in Magodo Ikosi GRA but all to no avail to Lagos state government. We therefore applied as of right for writ of possession to harvest the fruit of our judgment.
Our lead counsel Mr. Kayode Sofola wrote the former Chief Justice of Lagos state, the Honorable Justice Ayotunde Phillips on the need to sign the writ of possession to enable us to execute the judgment. Amazingly and enviously, the Chief Justice of Lagos state, the honorable Ayotunde Phillips colluded with the Lagos state government by refusing to sign the writ and even hide our files with one Honorable Justice Kayode Ogunmekan. The file was only released after we wrote a letter to the Honorable Justice Ayotunde Phillips through our counsel.
We had no choice but to petition the former Chief Justice of Nigeria and chairman of national judiciary council, Chief Justice Honorable Mariam Aloma Mukhta who narratively issued a query to Honorable Justice Ayotunde Phillips concerning the matter. Surprisingly, Honorable Justice Ayotunde Phillips refused to answer the query until she retired in 2014. The NJC allowed her to collect her retirement entitlement despite our petition to the NJC not to allow her to do so.
A reminder of our petition is again forwarded to the then Chief Justice of Nigeria, The Honorable Justice Mohammed Mahmoud and the NJC culminating in the issuing of another letter of request to Chief Justice of Lagos state, the Honorable justice Olufunmilayo Atilade to know what step she had taken on the matter.
On November 11th, 2016, we wrote a petition against Honorable Olufunmilayo Atilade on her failure to discharge her responsibility in the enforcement of the judgment of the Supreme Court for refusing to sign our writ of possession file before her in November 2015.
Based on all the above facts, we humbly stated that we have by all means done and exhausted what is expected of law abiding citizens of the nation by following due process in this matter but the government of Lagos state has not deemed it necessary to obey court orders.