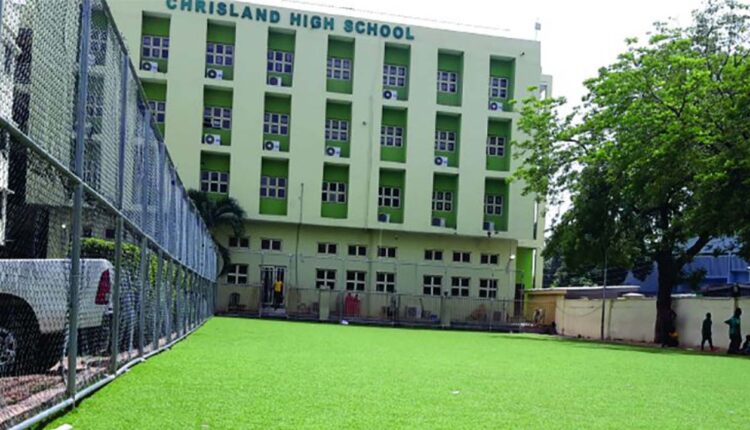 After long hours of interrogating teachers and parents of five students of Chrisland Schools involved in a sex act during a trip to Dubai in United Arab Emirate (UAE), the Lagos Government has ordered that the schools be reopened on Monday April 25th, 2022, in other not to deny other students from learning.

It said that the after reopening the learning facilities across the state, efforts would be intensified on the safety measures put in place by the school management during school hours and when going for local as well as international excursions.

The government, meanwhile, disclosed that the five students involved in the sex scandal would be put under scheduled psychosocial support, so as to address the emotional and mental challenges that might arise from their actions as well as prevent future occurrence.

The Commissioner for Education, Folasade Adefisayo, announced the development on Saturday, following a review of their findings on the sex scandal, barely five days after its closure.

Adefisayo disclosed that due to the Chrisland sex scandal, the state government has concluded plans to commence a full review of guidelines as well as protocols governing private and public schools across the State.

The commissioner stressed that considering safety of students, particularly those in boarding, the review exercise would be completed next month.

She said: “The directive follows a review of the ongoing administrative investigation into the incident. Besides, it is to ensure that students are not denied access to learning when the new term begins on Monday 25th April, 2022. The State Government shut the schools for safety of students and the staff and to ensure an unhindered investigation of the incident.

“The Ministry of Education and other relevant agencies of the State, in conjunction with the school’s Parent Teachers Association, will be working on scheduled psychosocial support for the students. An extensive assessment of the school’s procedure, especially on external trips and excursions, is being made to identify safety gaps and prevent such incidents”.

The commissioner, through a statement that was made available to newsmen, assured Lagosians that the state government would often ensure protections of its citizens.