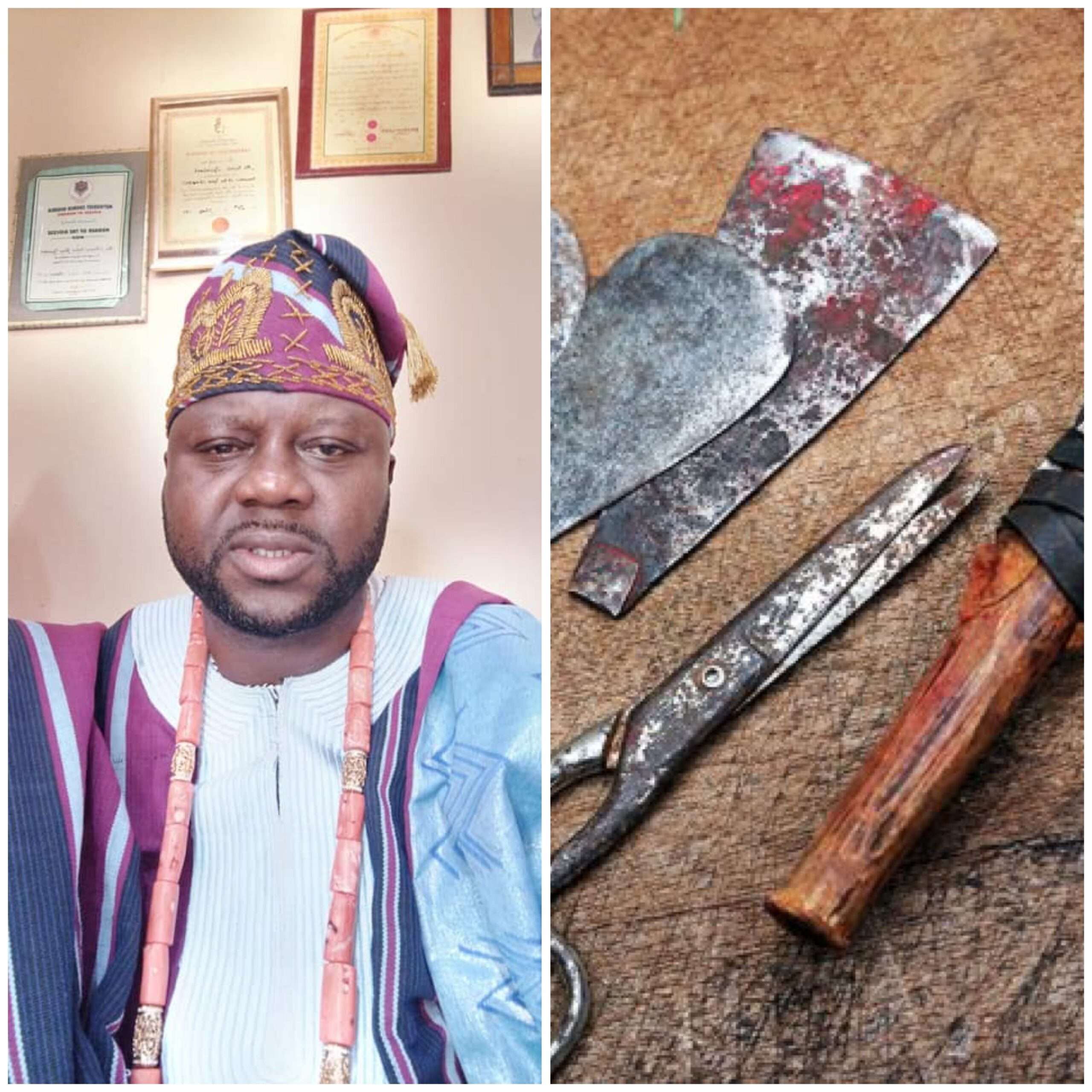 A Lagos State monarch in Ashasa kingdom of Agbowa, His Royal Highness, Adekoya Adeolu Olaonipekun has fled his community to escape attacks by armed hoodlums, who reportedly invaded his residence over his refusal to present his daughter for #FGM.
The monarch, who alleged threat to his life, disclosed that he lost his first child, Adekoya Grace Olushola, to the traditional rites when she was circumcised and later died of #tetanus infection at the age of 7.
Olushola died of tetanus infection caused by the genital mutilation as established by a #Medical report issued by Dr A.A. Ajibike, a senior medical officer at the Lagos State University Teaching #Hospital, LASUTH.
The sad news of the death of his beloved #daughter, the monarch explained, was responsible for his refusal to allow his second daughter be subjected to the killer traditional rites.
The king claimed that the community’s traditional council wrote a letter compelling him to surrender his daughter, Grace Olushola for the traditional rites within nine days or face the dire consequences of his refusal.
The letter titled, “introduction to our traditional rites” and co-signed by the Chairman and Secretary of the Council, Chief Adekoya Dauda and Prince Adekoya Bamidele respectively, reads, “We, the elders of Adekoya Descendent family want you to present your first daughter, Adekoya Grace Olushola for traditional rites. “You, being the first son of your father and your daughter, being the first grandchild of your father, she must undergo female genital mutilation as our tradition demands.
“You are to present her to us within nine (9) days for the family traditional rites. Failure to comply will attract severe punishment which would be dangerous to you, your wife and other children. “It’s mandatory for you to present her within the stipulated time.
Do not dare us as your father said he had called you severally and you are not heeding his request. “I want you to know that if you are still walking and eating on the soil of Africa, we will get you and your children. We are waiting for your positive response to present your daughter for the family traditional rites.”