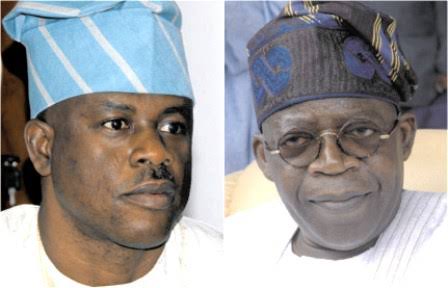 Years after, Senator Musiliu Obanikoro has dissociated himself from a statement credited to him in which he applauded the political acumen of Asiwaju Bola Ahmed Tinubu.

According to a statement titled “Those Are Not My Words, Please!”, Obanikoro said he initially ignored the said statement but now felt the need to set the record straight, as same did not emanate from him.

“The statement below has been in circulation for sometime now but I chose to ignore it, albeit deliberately, to avoid creating needless and avoidable political uproar.

However, I have come to a realisation now that there is a need for some clarifications, more so, as a devout muslim, because allowing such fictitious concoctions to gain and assume a life of its own could mean inadvertently condoning an abuse of the social space.

“First, those words aren’t mine and thus, didnt emanate from me. Second, it is un-islamic to express my love, respect, admiration and political indebtedness to Asiwaju Bola Tinubu, the way it is done below. It is cheap and does not address the core of the issues.

“To that extent, anywhere you find the statement attributed to me, please, ignore and discard as the handiwork of mischief makers,” Obanikoro said.

For the record, the statement is reproduced below:

“When I missed the road, I thought Leader will call me and pamper me, he didn’t. And I can’t just go back to him like that, so I decided to find my path in another place until I realised that the more I refuse to go back to my political root the more crisis I get myself involved.
Jagaban cannot be destroyed by human being, Wallahi Tallahi, if it were possible, he shouldn’t have escaped human destruction in 2003, 2007, 2011, 2015 and even now…Indeed, he is a man whose face is the politics of Nigeria.
Fighting him has made him more than what he would have been if I had peace with him. We may need more of him in Africa but One of him is enough for Lagos and Nigeria”.