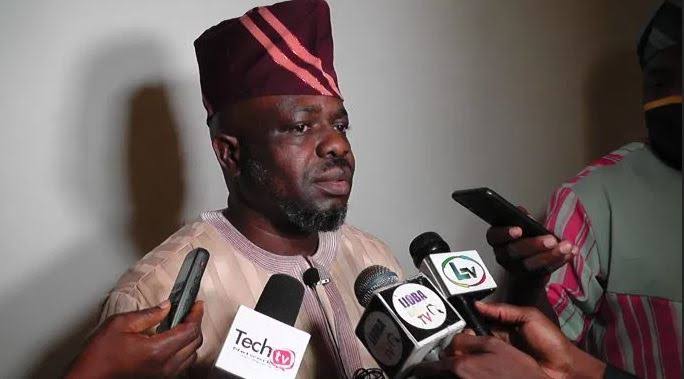 Olakanle was removed from office on Tuesday after he was accused of misappropriating funds.

The majority leader of the legislative arm of the LCDA, Kayode Opayemi, moved the motion for impeachment and was supported by the chief whip, Adebayo Daudu.

The impeachment process was said to have held at the LCDA council chamber, and four out of the six members present voted in favour of the motion.

The resolution of the house titled “Impeachment/Vote of No Confidence on Mr Oladotun Olakanle, Chairman of the Council” was read by Lawal, the house leader.

“In reference to the allegations of gross financial misappropriation, false proclamation of project never done by the LCDA, but by Lagos state works agency, this is with the intention to defraud the above named LCDA of millions of naira and all other offences which are in contravention to the Lagos State Local Government Administrative Acts of 2015 articles 5.3(F), 18.1, 8.3 and 22.1 respectively.

“With all other sections of modifications of offences in the local government administrative guidelines, also in the fifth schedule of the 1999 constitution of the federal republic of Nigeria, which was brought to the house on March 13, 2021, and was read by the majority leader, the executive chairman, who is the alleged person, was invited on two occasions on March 17 and 18, respectively, but never honoured the invitation deliberately.

“In view of this, the legislative arm of the aforementioned LCDA decided on resolution to pass a vote of no confidence on him. Hence, he is hereby impeached by the honourable legislative arm,” he said.

According to the house leader, pending the ratification of the resolution by the state house of assembly, the legislative arm has advised the most ranked political office holder to take up responsibilities related to the office of chairman.