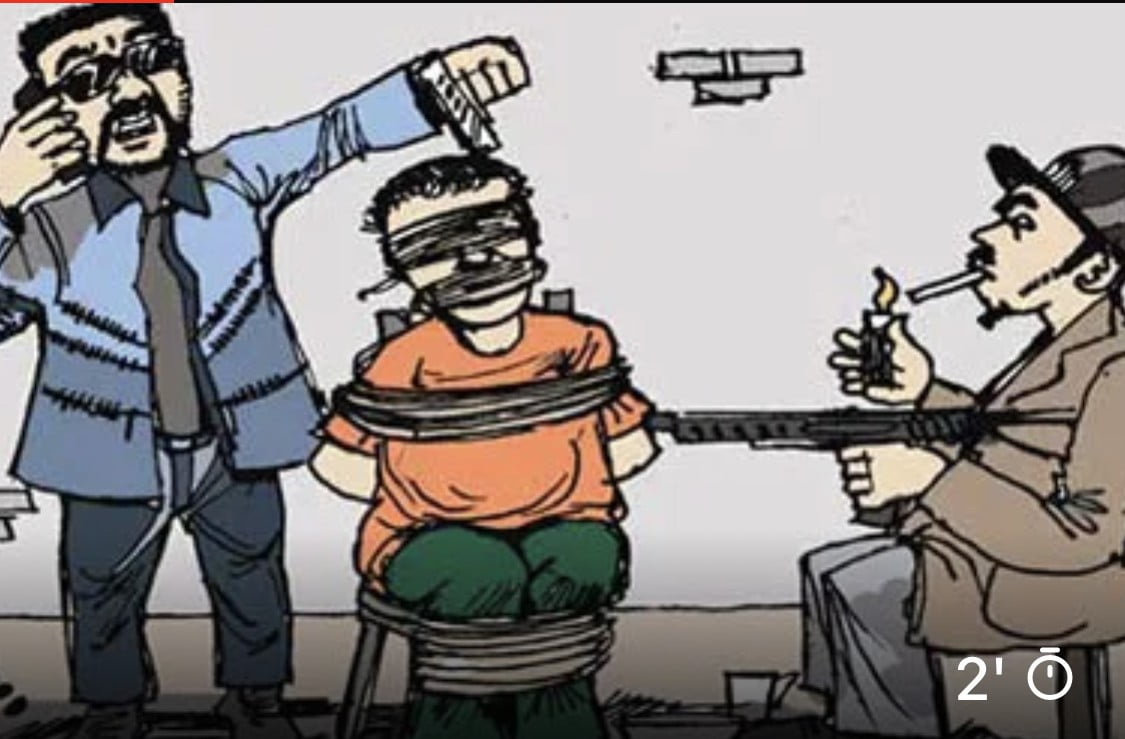 The family of an Ikorodu-born business mogul, Alhaji Lookman Onabanjo, popularly known as “Bugon” has been thrown into panic, following his abduction, Monday, at Agbowa area of Ikosi-Ejirin Local Council Development Area of Lagos State.

He was kidnapped alongside his driver and three others, while on their way to his farm in Ota.

The kidnap was carried out by eight gunmen with seven AK-47 rifle and one submachine gun.

The businessman owns companies among which is Bugon Oil and Gas, Bugon Autoland and Bugon Farms.

Vanguard gathered that three of the victims were released after some hours.

According to one of the freed victims, the gunmen made them trek for two hours until they got to a thick bush, where they were held.

A family source, who pleaded anonymity, told our correspondent that the kidnappers demanded N100 million as a ransom for their release, adding that the amount was still being negotiated.

When Vanguard visited the house of the victim located in Ota-Ona area of Ikorodu, it was under lock and key.

Similarly, Vanguard was at his defunct gas station where sympathisers were brainstorming on how to raise the ransom for the release of the victims.

A source in the neighbourhood said some other victims, who had been kidnapped alongside the businessman, allegedly paid N15 million and an extra N5,000 as  ransom for their release

The source said: “The N5,000 was added when they threatened that if the N15 million was incomplete both victims would be killed.

“The ransom was collected at Emuren Pipeline area before the victims were released. They came out of a bush near Adama.

The source said Imota, where the unfortunate incident happened, shares a boundary with Ogun State, where criminal activities thrive.

It would be recalled that a staff of the Ikeja Local Government in Lagos State, Mr Shamsideen Omotayo, was kidnapped by unknown gunmen on Agbowa-Imota Road, near Ikorodu in August 2017.

Similarly, a businessman was kidnapped in the axis some years back and released after a ransom of  N2 million was paid.

At press time, Lagos State Police Public Relations Officer, CSP Olumuyiwa Adejobi, promised to get back to this reporter on the development.