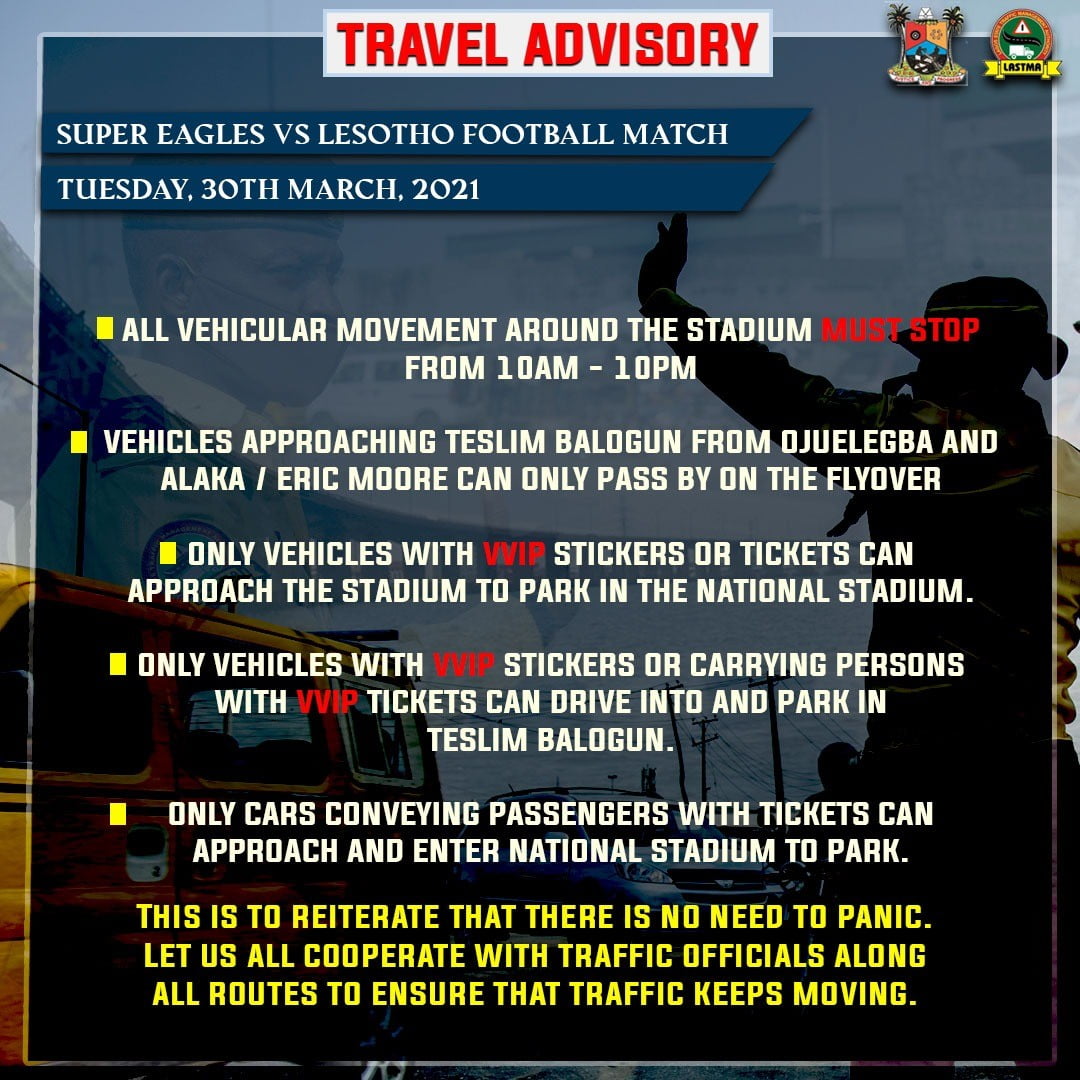 This is inform members of the Public that the Super Eagles will be playing Lesotho on Tuesday, March 30, 2021, at the Teslim Balogun Stadium, Surulere.

● All Vehicular movement around the stadium must stop from 10am.

● Vehicles approaching Teslim Balogun from Ojuelegba and Alaka/Eric Moore can only pass by on the flyover.

No car can can drive around the stadium from that time till 10pm.

● only vehicles with VVIP stickers or Tickets can approach the stadium to park in National stadium.

● Only vehicles with VVIP Stickers or carrying persons with VVIP Tickets can drive into and park in Teslim Balogun.

● ONLY cars containing passengers with Tickets can approach and enter National stadium to park.

The Executive Chairman, Lagos State Sports Commission, Sola Aiyepeku, on behalf of the Lagos State Government,appeals to Lagosians to abide by the Travel advisory regrets any inconvenience this action will cause during the hours of the closure.