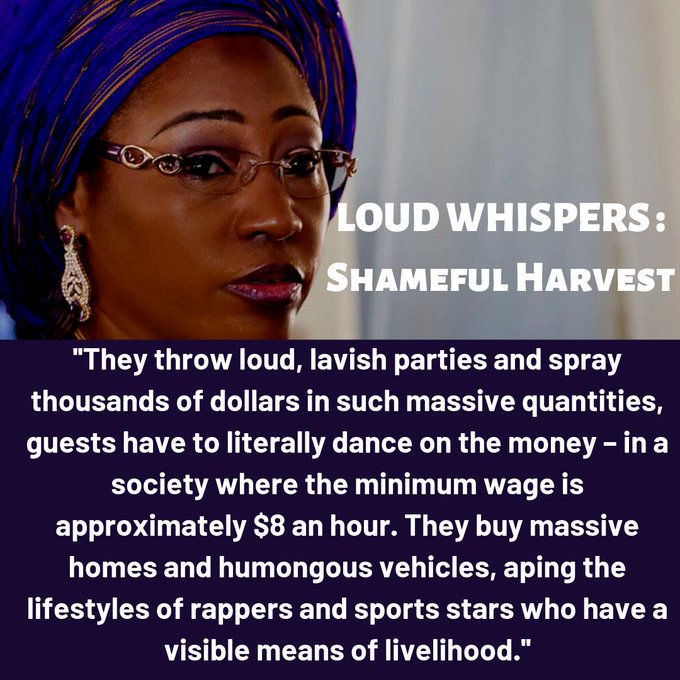 One evening in 2003, I had a long telephone conversation with an American friend of mine. When I got off the phone, I was in such distress that I could not hold back my tears. I was shocked and angry at what I had heard during our discussion. I had known this friend (who I shall call Linda for the purposes of this story) for at least twelve years, and she felt sufficiently close to me to call all the way from San Francisco to share some information with me which she felt I needed to know. I was the Executive Director of the African Women’s Development Fund based in Ghana at the time, and our work was progressing very well. We had a good number of donors contributing to our work of supporting women’s rights organisations across the continent. We had an international board that met in person twice a year, and it included both Africans and non-Africans. There was an American board member who was very difficult, let me call her Jane. She always came to board meetings with every page of her board documents tagged with sticky notes, an indication that she had questions to ask or comments to make about every single page and topic in her board folder. The sticky notes on the financial accounts section was always double that of other areas, she had a query for every line. I would patiently answer all her questions, even when they were asked in a tone that began to grate on my nerves. The AWDF Finance Manager could not stand Jane because of her meddlesomeness and I always had to calm her down before and after board meetings. Sometimes we would have moved on to other topics, and Jane would take us back to one of the queries she had on her sticky notes. The more reasonable board members would tell me to just ignore her passive aggressive behavior and give her all the information she asked for. We all thought she was slightly eccentric, so I never took it personally, till the day I received that phone call. Linda told me that she had run into Jane at a donor event somewhere in the US. Linda wanted to know how AWDF was getting on, saying she was hearing great things about our work. Jane responded affirming that AWDF was doing well, but she felt the board needed to keep an eye on me. Why?, Linda wanted to know. Jane then leaned forward and whispered into Linda’s ear, ‘You know we have to be careful with these Nigerians, they can be very slick’. Linda was upset enough to place a call to me the following day to warn me that a board member of mine was spreading poison about not what I had done, but what I might do because ‘I was a Nigerian’.

At the time of this conversation, I had been away from Nigeria for many years, first in the UK and then Ghana. Perhaps because almost all of my professional and political work during these years involved Pan-African thinking and organizing, I was naïve enough to assume that I was an African first before being a Nigerian, instead of the other way around. When I was raising millions of dollars to establish a Pan-African grantmaking foundation for African women, I was an African woman. Now, when it came to making decisions on managing the resources, suddenly, I was a Nigerian. I will never forget the taste of those tears, and the lesson it taught me about being a Nigerian holding a sensitive position away from home. At the next board meeting there was a show down, during which I decided that my polite ‘Britishness’ needed to be set aside for the no nonsense Nigerian to emerge. I demanded, and received, an apology from a very embarrassed Jane, who tried for years to repair our relationship but I never allowed it to go beyond professional courtesies. The board passed a vote of confidence in my leadership. We also agreed to look into the systems and structures in the organisation that would enable it become sustainable for years to come. Sixteen years later, the organisation is one of the most well-resourced and impactful organisations in the field of African philanthropy.

As we would say in local parlance, it was not Jane’s fault. In spite of the fact that we have thousands of Nigerians doing well in almost every field around the world, contributing skills and talents the country direly needs to the development of other places, all we hear about is the activities of the hundreds who give us a bad name. One of the first community projects I managed in London was an African Women in Prison Project. Most of them were in prison for drug trafficking charges, some for fraud, and almost all of the charges involved links to husbands or boyfriends also in prison for the same offence or at large, looking for other women to ensnare. The Nigerian criminal underworld in the Diaspora seems to be pretty well organized. There are specialists in credit card fraud, benefits fraud, business transfers fraud, marriage scams, drug trafficking, human trafficking for cheap labour, human trafficking for sex and whatever sleazy scam is available to be exploited. Our criminal enterprises out there are so sophisticated, the Nigerians in Italy engaged in a turf-war with the Sicilian Mafia a few years ago and it ended in operational territory being ceded to the Nigerians! Since the criminal activities are all high risk, trust is very important, so each criminal gang builds a network based on communal ties and trusted, traceable associates. This is why many of the gangs seem to be predominantly from one ethnic group or the other, giving the impression that one ethnic group is more disposed to criminal activity than others. From what I have observed, every major group in the country has shares in these criminal enterprises. These fraudulent empires have thrived for many years, but with the availability of new technology and more loopholes to be exploited, the criminal gangs have grown more audacious.

In Yoruba, when people travel, there is a prayer that is said, ‘O ma kere oko wale’, ‘May you bring home a good harvest’. The land you are travelling to is your farm. It is expected that like every farmer, you will go through the process of tilling the land, plant seeds, water them, weed when necessary and patiently watch your crops grow, after which you can expect a productive harvest, which you can then share with your community back home. Those who travel to engage in criminal activities are very interested in bringing home a harvest, but they do not have time to plant or water anything, if they do, it is the wrong kind of things. The time and effort that is put into devising elaborate electronic scams could have gone into acquiring several degrees over and over. The quick and bountiful money to be made from scams is much more attractive. When these brethren of ours are successful at their scams, you would expect them to be discreet and behave like the criminals they are and stay under the radar. Not for them. They throw loud, lavish parties and spray thousands of dollars in such massive quantities, guests have to literally dance on the money – in a society where the minimum wage is approximately $8 an hour. They buy massive homes and humongous vehicles, aping the lifestyles of rappers and sports stars who have a visible means of livelihood. Some of that money finds its way back home as evidence of a good harvest. It is used to impress townspeople with large houses, cars, building a local church and acquiring chieftaincy titles. Some even invest in political office for themselves or others. Everyone knows where the money has come from. However, who wants to point fingers?

Many will blame the prevailing conditions in the country for producing such a large number of criminal exports. Yes, there are very few opportunities for young people at home. The same cannot be said of those who have managed to get themselves into other lands. For every criminal who gets arrested for fraud, we can point to five who arrived those same lands with only a plastic bag, but have made something out of themselves. I am sure quite a number of the Nigerians who were arrested for fraud by the FBI recently have Green Cards, which gives them the right to live and work in the United States without hindrance. I believe we have to start teaching these values in schools from an early age. Patience, integrity, hard work and sacrifice are not old-fashioned values. Without them we are well and truly lost. May our brethren never bring home shameful harvests. May those who continue to work hard every day to make themselves productive citizens continue to receive favour and may God bless the work of their hands.

Bisi Adeleye-Fayemi is a Gender Specialist, Social Entrepreneur and Writer. She is the Founder of Abovewhispers.com, an online community for women. She can be reached at BAF@abovewhispers.com