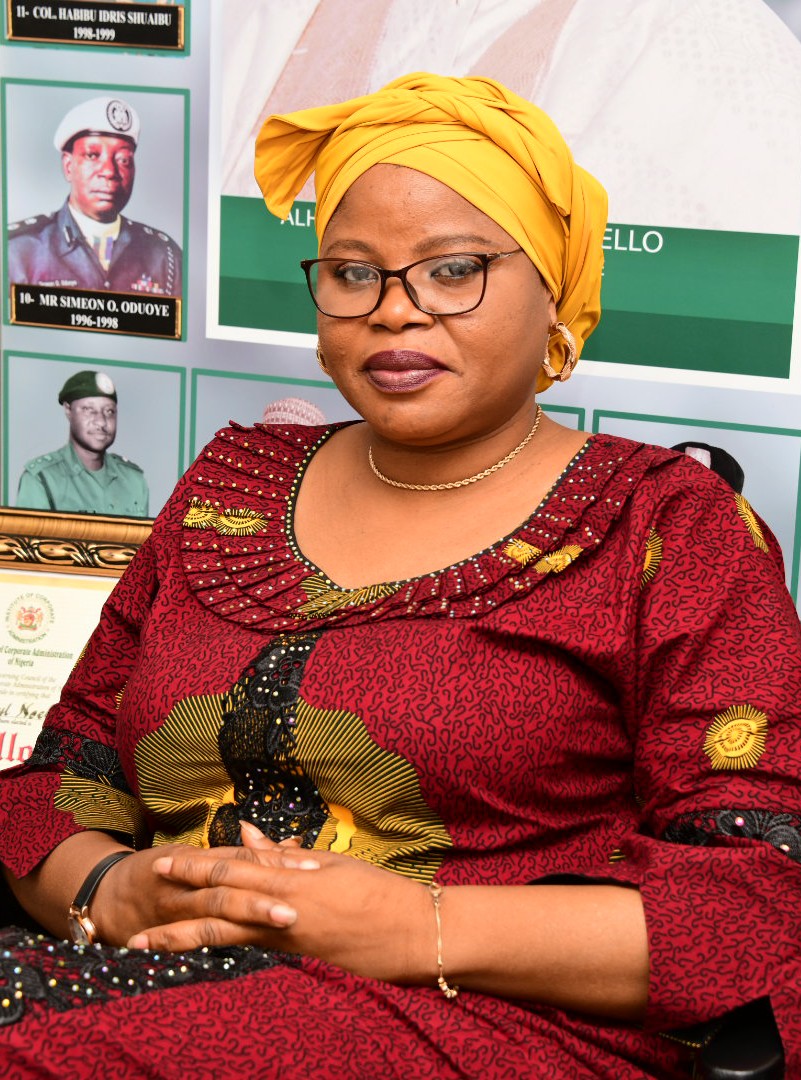 Maya Angelou, the great and multi-talented American author, poet, screenwriter, dancer and civil rights activist once said, “Each time a woman stands up for herself, without knowing it possibly without claiming it, she stands up for all women.”

The foregoing epitomises the life of an Amazon, effervescent woman Mary Beryl Noel-Berje. A social engineer and prolific Journalist who is among the women leading the course of social change; bridging the gap between government and the realities of the society.

An icon and a beam of light to the feminine gender, Mary Noel-Berje is currently the Chief Press Secretary to Governor Abubakar Sani Bello of Niger State, the first woman to be appointed in that position since the creation of the state in 1976, more than four decades ago.

Born and raised in minna, Niger State, North Central Region of Nigeria to the Gbagyi tribe known for Agricultural prowess, Mary Noel-Berje began her primary education in the then Central Primary school, Minna which is now known as IBB Primary School and her Secondary education at the Federal Government Girls College Benin.

She is an alumnus of two great Universities, haven bagged a Diploma in Mass Communication and B.Sc in political science from Universities of Jos and Abuja respectively.

Mary Noel-Berje, strengthened her career in the world of communication when she joined the famous Nigerian Televition Authority NTA Africa’s  largest Television Network in 1998 to contribute for an enduring profession in the broadcast industry.

In whatever perspective you choose to look at her, Mary Noel-Berje is a professional and screen goddess whose efficiency, knowledge and diligence has made her an extraordinary leader with a class. And was recognised with the award of the News personality of the year in 2008

Looks simple, humble and gentle, her appearance is a blend of intellect and professionalism, equipped with discipline and character.

She is a woman with  many parts and practical ideas, a community builder, compassionate personality, a library of success, a quintessential leader, role model and pace setter.

It is out of her compassion and love for the less privileged in the society thatshe established AYEWOSAI Foundation, a Non-Governmental Organization meaning “Love God’s Time” with the main mandate of “breaking the silence with love”. Indeed thousands of families have benefited in cash and kind and are still benefiting from this growing NGO.

Mary Noel-Berje, is the future that lives in the present, a beacon of hope and pillar of support to many. Many call her MUMMIE, for her indepth  motherly care and love.

She is a goal getter whose professional competence and career achievements are not in doubt. No wonder she successively led the Nigerian Women of Journalists NAWOJ, Niger State Chapter for about four years.

In pursuit of excellence, good legacies and advance in her career, Mary Noel-Berje attended various courses.

Also in recognition of her sterling leadership style, dedication and commitment to make the society a better place, she has been honoured and presented with awards of excellence by national and international organisations among which are an “International Peace Advocate by the UN-POLAC Foundation; Legacy of true leadership award by Leadership News Magazine in Dubai; Icon Gender Advocate award by Campaign for Democracy, Human Rights Advocacy, Civil Society.

Icon and Grand Commander of Nigeria Students by the National Association of Polytechnic Students was conferred on her. The Nigerian Youth Organisation for Leadership and Right Activation also bestowed on her Chief Doyen of Nigerian Youth.

Even her tribe, the Gbagyi Students Association of Nigeria, Niger State Chapter, recognised her contribution to Nation building and presented an award of excellence to her.

She is a woman that highly regard family institution and this accounted to her having an award winning family.

Married to Mr. Noel-Berje Shekwolo, the Union is blessed with three lovely children.