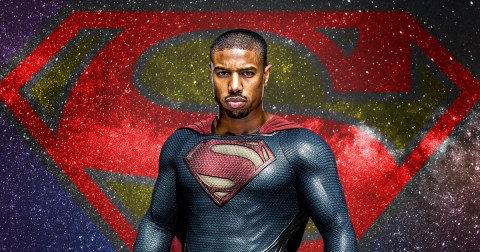 Michael B Jordan could be swapping Marvel for DC as the Black Panther star reportedly met with Warner Bros. studios about a potential lead role in the future Superman movie.

It’s said that Michael, 32, sat down for talks with Warner, JJ Abrams and the director’s production company Bad Robot to discuss whether he would be interested in playing the Man of Steel in the next installment of the Superman franchise.

According to Variety, Warner are keen to revamp Superman and appeal to modern audiences and choosing an African-American actor would certainly improve diversity among their superhero landscape.

But it’s said that Michael isn’t yet persuaded to commit to the role as the new Superman movie won’t be in production for another few years. Sources believe it’s unlikely audiences will see another Superman movie on the big screen before 2023 as it’s currently without a script or director.

Michael’s also got a busy shooting schedule ahead. At the moment, he’s attached to Black Panther 2 which is yet to be given a release date, but also action drama Without Remorse in 2020, TV series What If? in which he’ll reportedly reprise his role as Erik Killmonger, and drama Wrong Answer.

And those are just the projects we know about so there’s no doubt slotting in a momentous role such as Superman would be a challenge.

Bad Robot recently signed a first-look deal with Warner for the new Superman so you can bet exciting developments will emerge in the coming months.

Even if Michael was keen to don Superman’s cape, he may have to fight off the superhero’s predecessor Henry Cavill, who admitted he still feels as though the role is his.

‘The cape is in the closet. It’s still mine,’ Henry told Men’s Health.

He continued: ‘I’ve not given up the role. There’s a lot I have to give for Superman yet. A lot of storytelling to do. A lot of real, true depths to the honesty of the character I want to get into.

‘I want to reflect the comic books. That’s important to me. There’s a lot of justice to be done for Superman. The status is: You’ll see.’