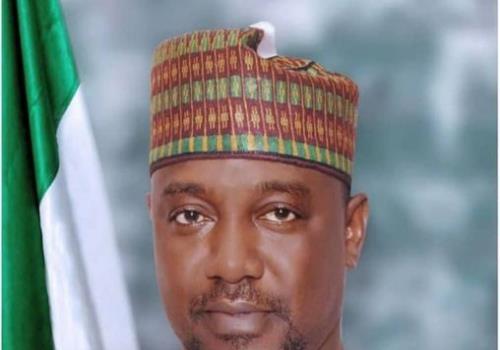 Media Rights Agenda (MRA) today called on Niger State Governor Abubakar Sani Bello to launch an investigation into reports that his Chief Press Secretary, Ms Mary Noel-Barje, ordered the arrest of The PUNCH correspondent in the State, Mr. Adebayo Ayinde, and directed security men to bar him from Government House in the State for undisclosed reasons.

In a Statement issued in Lagos by its Project Director, Mr. Segun Fatuase, MRA advised the Governor to immediately relieve Ms Noel-Barje of her office if it is indeed established that she engaged in the unconstitutional and illegal action of using law enforcement agents to intimidate, harass and prevent the journalist from carrying out his professional duties.

Besides, the organization said, if Ms Noel-Barje is harassing journalists and antagonizing the Government House Press Corps instead of cultivating them and facilitating their work of giving effective coverage to the programmes and activities of the State Government, it is obvious that she is not serving the best interest of the Governor or the State Government but pursuing other agendas that are clearly inimical to Government’s success.

Mr. Fatuase said: “It is certainly not the role or function of a Chief Press Secretary, who should facilitate good relations between the government she is serving and the media, to be ordering the arrest of journalists or obstructing the performance of their professional duties. It is apparent from her actions that Ms Noel-Barje either does not know her job or is too incompetent to carry out her duties properly.”

He noted that besides portraying the State Government and the Governor in bad light, the Chief Press Secretary’s actions constitute an illegal and unwarranted attack on the journalist capable of engendering his safety and security.

Mr. Fatuase called on the Governor to take stern action against the Chief Press Secretary as a deterrent to her taking similar action in future and for other officials in her position to be properly guided about the bounds of propriety. “