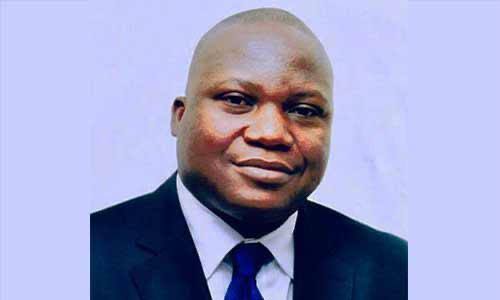 The NBA Abuja Branch Chairman Replies NBA President Says: I Swore To Uphold The Bye-Laws And Will Not Desecrate It in a statement made available to us/ Read the statement below:

Mr. President, permit me to begin by saying that I received a phone ca. II from your good self in the afternoon of 14°’ May, 2020 suggesting to me your desire to conduct a Unified elections for NBA Abuja Branch.

In our said conversation, you intimated me that the reason for your suggestion was as a result of the fractionalization of the Branch to which I promptly informed you that we have no factions at the Branch.

Furthermore I posited that your suggestion if implemented is likely to lead to the flooding of the Abuja eligible Voters list with the names of persons who may not be qualified to vote at the branch election as well as the National election and thereby distorting the character of the Abuja voting polity which will lead to the manipulation and rigging of the eligible voters list for the Abuja and National Sections.

Mr. President, you will recall that I did inform you that. I would have to consult

,-,~dely ,~th my Executive Committee Members, past Chairmen and Bar Leaders of the Branch on the issues raised by you and revert back to you since I am not an Emperor. I was therefore surp1ised and taken aback when the entire social media was agog on

18″‘ May, 2020 with a Notice purportedly emanating from your office suggesting that I had conceded to you conducting a Unified Elections for NBA Abuja Branch even without the benefit of my response after my wide consultation.

Mr. President, after extensive consultation with the Executive Committee members, Bar Leaders and Past Chairmen of the Branch in respect of the said Notice, it is the consensus that the proposed Unified Elections v~ll rather than solve any problem, resmTect and exacerbate problems which have long been resolved in the NBA Abuja Branch (Unity Bar).

Mr. President further to the above, you have been in office for over 21 months now

and it begs the question; when did you become aware of any faction in Abuja? How

administration been fuDy represented at NEC?, who constitutes this faction that you now alluded t.o and on the basis of which you have proposed this Unified Elections?

Mr. President, permit me to make some observations with respect to your proposal in order to bring clarity and focus to the issues given that a lot of members in the branch have interpreted this step as a subversion of the Bye Laws of the Branch and by extension a design to manipulate the National Elections of the Association scheduled to hold in the month of  ]uly 2020.

Mr President, let me with respect avail you the following salient points;

you attended our Branch meeting of 6th July, 2018 which I chaired t.o solicit for our branch~ support in your quest at that time, to be our president

Ezenwafor (Secret;uy) and Mrs Ozioma lzuora (NEC Representative) had been inaugurated as members of NBA NEC in the capacity of Chainnan, Secretuy and NEC, Rep of NBA Abuja Branch respectively in the National

Executive Committee of our Association.

1v. Upon assumption of office as the President of our AssociatJ.on, your

General Secreta.ry requesting the NBA Abuja Branch ID host the Lunch at the

first Na/Jona/ Executive Committee Meeting of the NBA under your

administration which was held in Abuja on 6th December, 2018, and which

of attendees in the minutes of meeting of aD your NEC Reports.

correspondences, emails, interactions etc from the NBA National have always

2019 was written and co-signed by myself and the branch Secreta.ry and acted

Perhaps, Mr President, it is against this back61round that I was surprised and taken

aback at your suggestion of a “Unifi ed Elections” which to me is a clear indictment on myself and members of the Executive Committee of the Branch.

Can Mr President in all honesty and seriousness maintain or insist that all the above was carried out by a faction of NBA when I attended all your NEC meetings in my capacity as Chairman of the Branch. I respectfully think not. Surely and certainly, I do not think the NBA Constitution/Bye Laws 201 5 as amended in 2019 recognizes factional chairmen.

Mr. President Sir, the question begging for answer against the above background and the notice of 18th May, 2020 is “ARE THERE TWO BRANCHES OF THE NBA ABUJA (UNITY BAR)”? to necessitate your suggestion to organise a Unified Elections for NBA Abuja Branch (Unity Bar) and your selection of the Electoral Committee Members.

Mr. President, from the detailed analysis I have given above, I have no hesitation in answering the above question in the negative. The fact that the NBA National is aware of the antecedent~ of some group of persons who have continued to parade themselves as a parallel group and the NBA National Administration under your leadership had refused to call them to order should not create a mistaken perception of the situation in Abuja leading to your suggestion of a “Unified Elections”.

Mr. President Sir, permit me to exhibit my ignorance by requesting yet again in this letter to know when it became apparent to your Excellency that Abuja was

factionalizecl. May I also be permitted to know when the National Executive

Abuja Branch or whether it was a decision of the Executive Committee of the NBA National ably led by your good self.

From my discussions with the Executive Committee, the past Chairmen and Bar leaders of the branch, our electoral process is open to any one who is a bona. Fide member of NBA Abuja.

Branch who must have paid his/her bar practice fees and

Bye Laws. Mr. President, as a follow up, permit me to observe that;

By the provisions of Section 8 (5) (a) of the NBA Constitution 2015 as amended in 2019, it would seem to me that the President does not have the powers to interfere in branch elections; either by a. suggestion of a. unified election or otherwise.

is the business of branches and not that of the NBA National Secretariat.

By the provisions of Section 10 (3), and (10) (a) of the Third Schedule part 1 of the NBA Constitution 20 15 as a.mended, the constitution of the electoral committee of the branch is the business of the branch which said committee has since been constituted.

The suggested unified elections by Mr. President is at variance with; and a subversion with the greatest respect of the pro1~sions of Section 22 of the

had sworn to uphold tl1e Constitution of our association.

The llr,mch election is open to all members of the llranch who have paid

their branch clues ;md llar Practising Fees for 2020 as at when clue.

We belieYe that the llr;mch Electoral Committee will ensure compliance with

of the Uniform Bye-Laws to br,mches of the NBA, attendance at meetings

My President, you 1~11 recall further that i had also during our conversation

informed you that since assuming oflice as the Chairman of the Branch, I’ve made

,~ th some of these estr,mged members 1~th the last being sometime in November of 201 9 convened by High Chief Dr.James Agbonhese.

Also at our Monthly Br,mch meeting of March 2020 the Br,mch set up a high

powered Committee led by Asiwaju Adegboyega Awomolo, SAN whose other

Oluwabi)~, Esq. to mediate all lingering issues at the branch in preparation for an all

committee in the disch,U”ge of their mandate has met three times.

My President, for the purpose of clarity, may i restate that the entire members of the

Abuja Branch ,U”e not opposed to an all encompassing election, however my area of

not be lured to do so by any aud101ity or persons.

Mr. President in closing, we have read d1e NBA Constitution of 201 5 as amended in

201 9 and as much as we respect your office as the President of the Association, we

believe respectfully d1at you do not possess the powers to embark on this path, as

uphold. Mr President is however free to personally attend and observe or send

your suggested proposal on holding the “Unified Elections” in Abuja

I thank you my President ,md humbly await your li.nther continued engagement on

this issue, as peace is supreme and we shall all in histo1y play our roles to bring

RE: ARARAUME AND THE DECIMATION OF OKOROCHA’S POLITICAL DYNASTY By:...

Erelu Bisi Fayemi: The Story of ‘The Barren’ Mother and The... 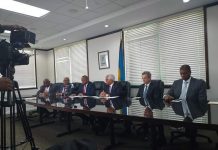 Happened at the Office of the Prime Minister in Grand Bahama 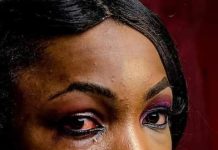 He showed me how Condom Looked Like – Underage Girl accused... 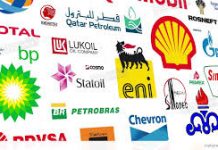 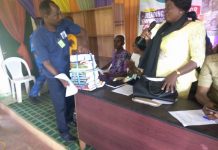