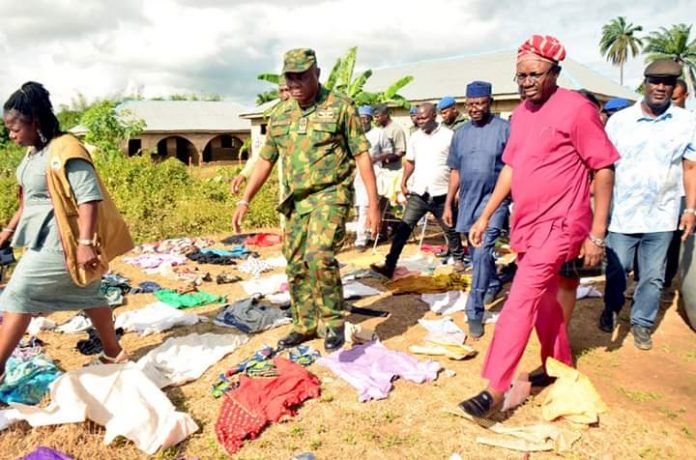 Victims of flood disaster across Ekiti State have been assured of
immediate succour by the management of the National Emergency
Management Agency (NEMA) who were on assessment tour of affected
communities in the state.

The D.G. who was represented by the Acting Director General, Rear
Commodore Akupe Iyamu said all hands are on deck to ensure that the
agony of the victims is reduced to the barest minimum.

According to him, relevant agencies had made available specialised
equipment needed for evacuation if it would be necessary.

Responding, the Ekiti State Governor, Dr. Kayode Fayemi promised to
collaborate with the agency to ensure qualitative life is brought back
to the affected people in the state.

The Governor who spoke through the Secretary to the State Government,
Mr. Abiodun Oyebanji revealed that the state government is about
commencing on palliative measure that will mitigate the grief of the
victims, adding that efforts are equally on to provide a lasting
solution to issue of flooding in the state.

Stressing that the wellbeing of the people is of paramount importance
to his administration, Fayemi expressed appreciation to the agency for
heeding his call at short notice.

It could be recalled that the Governor, Dr. Kayode Fayemi was on
assessment tour of the flooded areas in the state during the
environmental sanitation exercise on Saturday.