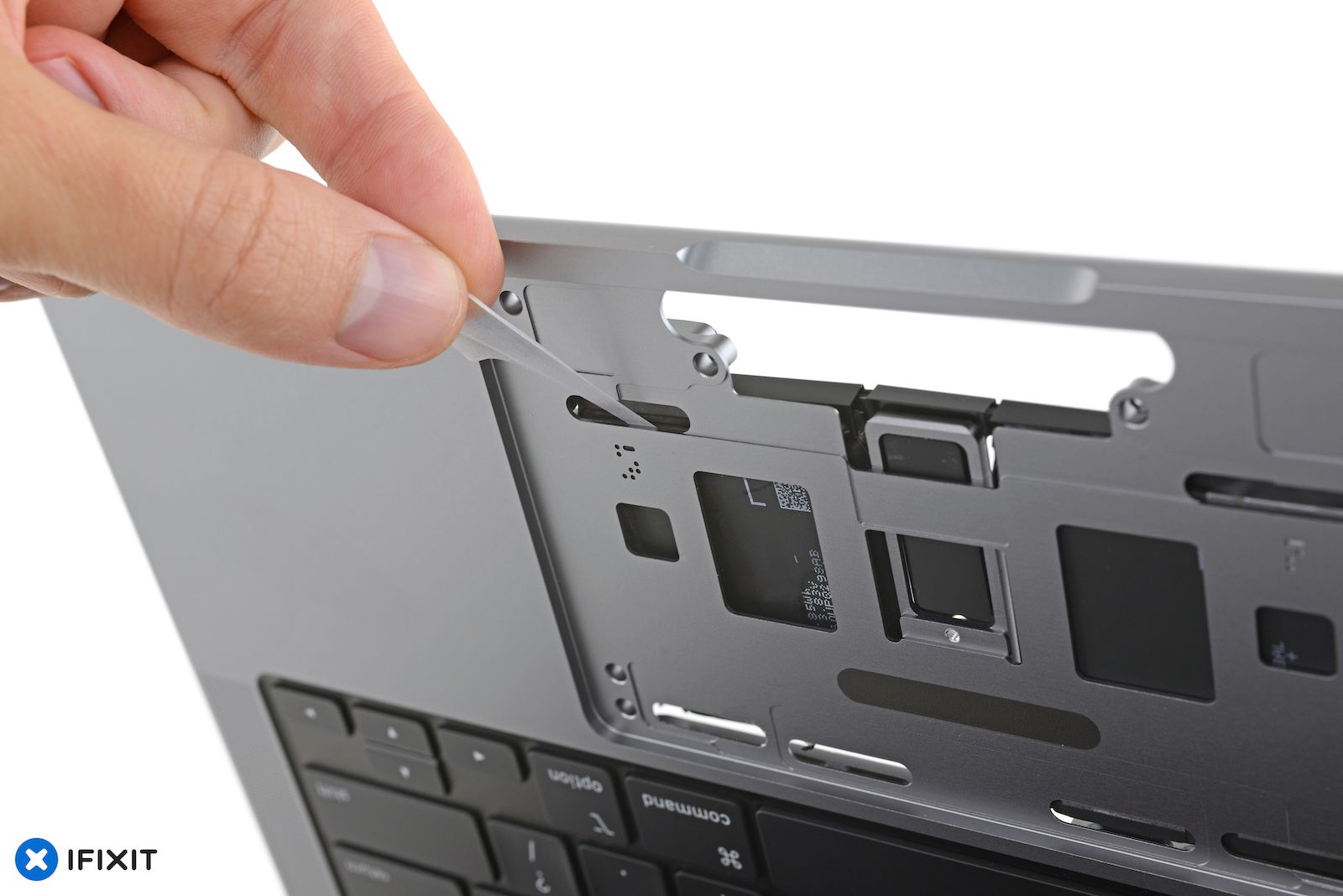 iFixit has shared a teaser of its 14-inch MacBook Pro teardown, and one noteworthy detail is the inclusion of pull tabs for the battery cells, which the repair website said will allow for easier do-it-yourself battery replacements.

The four outer battery cells have easily-noticeable iPhone-like pull tabs, and once the trackpad is removed, there are cutouts in the chassis to access the pull tabs that hold the middle two battery cells in place, according to iFixit. The pull tabs are likely in the new 16-inch MacBook Pro too given it has a similar internal layout as the 14-inch model.

Since the release of the first MacBook Pro with a Retina display in 2012, the battery cells have been glued into the “top case,” a large part housing the keyboard and trackpad. When an Apple Store or an Apple Authorized Service Provider needs to replace the battery in these previous MacBook Pro models, they must replace the entire top case, although the customer only pays a battery service fee of $129 to $199 out of warranty. It’s unclear if the pull tabs will result in a change to this procedure, but they will certainly benefit do-it-yourself repairs by making the battery cells more easily accessible.

The new MacBook Pro models launched on Tuesday after being unveiled last week. iFixit said it will be sharing its full teardown of the new MacBook Pro soon, and in the meantime, some customers have already popped theirs open, giving us a first look inside.