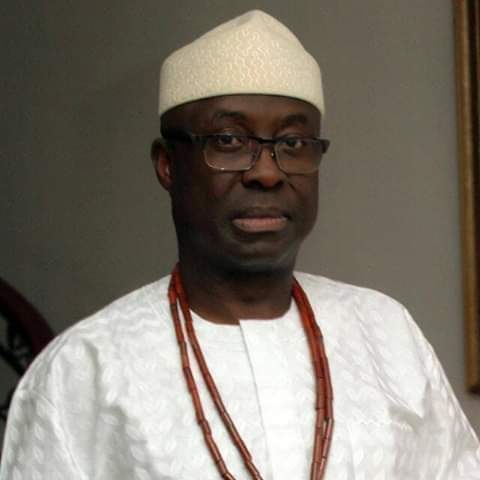 The Minister of Industry, Trade and Investment, Otunba Richard Adeniyi Adebayo has said that Nigeria will revisit pending bilateral
investments agreement with the government of Brazil.

He disclosed this in Abuja when he received a high powered delegation from the Brazilian Embassy in Nigeria to his office.

In a statement signed by the Deputy Director, Press, Ibrahim Haruna the Minister told the delegation led by Mr Ricardo Guerra de Araujo, the Brazilian Ambassador and Mr Jackson Lima, Deputy Head of Mission, that Nigeria had a long history of bilateral relationship with Brazil.

He said the Federal Government was willing to spread Nigeria’s trade and investment tentacles across the world in line with the economic blueprint of the Buhari Administration.

“This government believes in investment drive and we will leave no stone unturned in considering those multilateral and bilateral investment agreements capable of showcasing Nigeria’s investment potential to the world.

“In line with the blueprint of the Buhari Administration, we will look into all the documents submitted today by the Brazilian delegation with a view to seeing how they can assist our people in job creation, capacity building and technology transfer, ” the minister said.

The Ambassador, earlier noted that the agreement which began in January 2016 under the Cooperation and Facilitation Investment Agreement, would offer Nigeria loan facility to the tune of $1.1 billion.

He said the agreement covers areas like: Agriculture, Trade, Investment and Industrialization.

He also said the initiative had the capacity to create 100,000 new jobs for the youths across various sectors.

He said Brazil had signed a similar agreement with countries like: Angola, Mozambique, Malawi, Morocco and Ethiopia, including United Arabic Emirate (UAE) which is the most recent.

He urged the Minister to set all technical framework in motion ahead of the first exchange of information between the two countries towards further negotiations scheduled for 9th – 13th September, 2019.

He added that under its Global Value Chain, Brazil would use its position as one of the five top agriculture producers in the world to improve Nigeria’s food sector.

He also noted that reviving the nation’s cotton industry through modern technology would be included under the program.

He described Nigeria as the largest investment destination in the African continent and attributed this to why Brazil is giving it top priority.

There can never be a GANI FAWEHINMI again!!!
Ekiti Floats Network for Ekiti Creative Artists (NECA)