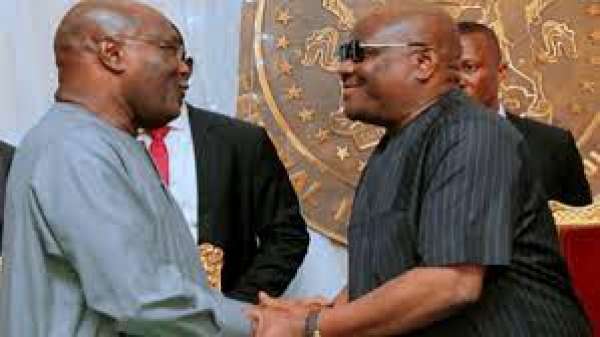 The camp of Governor Nyesom Wike of Rivers State has listed demands that must be met before it would back the presidential candidate of the Peoples Democratic Party (PDP), Atiku Abubakar, and his running mate, Governor Ifeanyi Okowa of Delta State.

Recall that the decision of the party’s presidential candidate, Atiku Abubakar, to pick Governor Ifeanyi Okowa as his running mate, snubbing a selection committee that had recommended Governor Nyesom Wike, had thrown the main opposition party into crisis.

Moves to reconcile aggrieved party members will top the agenda as members of the PDP Board of Trustees (BoT) and National Working Committee (NWC) meet today, which could set the stage for a face-to-face conversation between two warring gladiators – Nyesom Wike and Atiku Abubakar.

The meeting, it was gathered, would consider demands of the aggrieved Wike-led camp, who insist on the removal of the National Chairman of the opposition party, Iyorchia Ayu.

Sources within the party’s national secretariat told The Guardian that the Wike camp also wants Atiku to sign an undertaking that he would spend only one term in office before they decide to back him.

Also on the list of demands to be considered by the BoT are that all members of the Wike team will be considered for appointment should the party win the presidential election next year.

It was gathered that members of the NWC had engaged one another in informal consultation ahead of the meeting. According to the party’s constitution, the only bodies empowered to cause the removal of the national chairman are the National Executive Committee (NEC) and the National Convention.

Recall that Wike and members of his camp had met in Abuja on Sunday over issues rocking the PDP.

Also at the meeting were the Senate Minority Leader, Senator Philip Aduda, and other lawmakers.

Sanwo-Olu Fathered me from a relationship between himself & Grace Moses sometimes in 1994/95. Begs Court to waive immunity for DNA Test
Nigeria’s 1st Cassava-based Sorbitol Factory is commissioned. #PhotoNews, #NigeriaNews