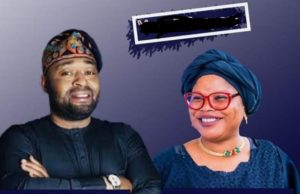 Christian Youths in Niger state have called on the Governorship Candidate of the All Progressives Congress (APC), Hon Umar Bago to ensure a female candidate is selected as Deputy to the Governorship flag bearer of the party.

The youths under the aegis of Concerned Christian APC Youth in a statement signed by its Coordinator, Joshua Nmadu and made available to Journalists in Minna also called on the APC, Stakeholders and all Christians to throw their support for Mary Noel Berje, the Chief Press Secretary to the Governor Abubakar Sani Bello as Deputy Governor.

According to Nmadu “the role of women in governance has been a debate and women need to be considered to actualize the 35 percent affirmation Bill which have fallen on deaf ears.

“We are calling on the APC Governorship Candidate to take the bull by the horns and make history in Niger state by selecting a female to serve as his running mate in the forthcoming general elections.

“We Christian Youths in APC hereby endorse Mary Noel Berje as for the office of Deputy Governor and as running mate to Hon Umar Bago”.

Nmadu further stated that the youths are poised to mobilize beyond Christian communities for delivering the Bago/Mary’s ticket ín 2023.

Malami and his men played such a pivotal role in unseating Onnoghen. Is he going to look the other way as Tanko huffs & [email protected] #NigeriaNews
Ekiti Attorney General’s mum had a befitting outing as she marked 80 years of age, congrats Wale Fapounda SAN.