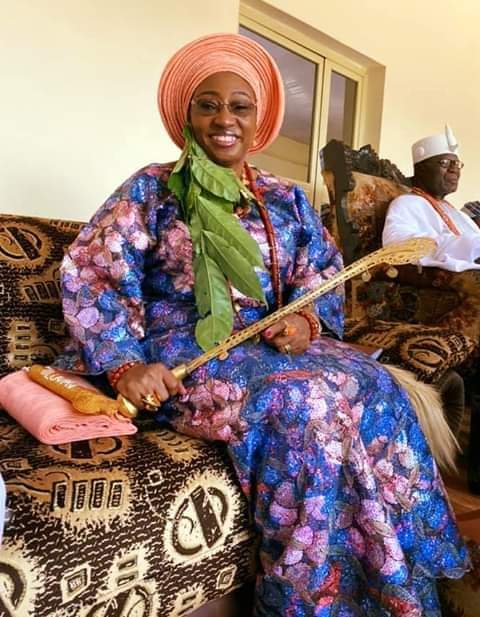 Even though I don’t have access to her beyond the image we all see here on social or traditional media, the Ekiti State first lady, Erelu Bisi Adeleye-Fayemi is demonstrably irregular wife of governor.

She doesn’t appear like an opportunist who sees government house as paradise where she would encourage her husband to live forever. No. She is more than that because she is well educated and equally sophisticated in her career before another career in politics.

Regular readers of ‘The News’ understand that only highly cerebral fellows are given space in the magazine to keep a column. She is one of the informed columnists whose pieces fiercely confront socio-political battles being waged in our country.

When I read the book, a memoir, which her husband gave me in his Maryland residence after an interview in 2008, I saw different pictures of this woman, sometimes in T-shirts over trousers, doing the struggle together with her husband on the streets of London during ‘June 12’ and Radio Kudrat days. This is a wife! A wife different from one whose
action begins and ends in the other room.

So if the fourth columnist rise from bed and hit the streets with lazy allegations that she wields certain influence on her husband, they should be told that she earns whatever space the governor conceeds to her.

If you read her column in the now monthly magazine, you will see the root of her passion for welfare of girl child. Should she, thus, goes tough, using her office, on the senile men who rape helpless girls with impunity, she has a background in right advocacy.

Of course, God does not create man to share right to perfection with Him. He is the only perfect master of heaven and earth. This infers that the first lady must also have her flaws and low points.

However, her strong points, especially in being a good compliment to her husband on the throne woke me up from bed this Monday morning.

How many first ladies would go after the aged in their lowscale compounds and, with toothy smiles, share gifts with them ?

How many first ladies would run into their old teacher and pay the kind of homage which this woman showered on our lecturer, Professor Isola Olomola two months ago in Ado-Ekiti? To a large extent, omoluabi ni obinrin yen.

(The attached picture is not mine. Thanks to the owner)