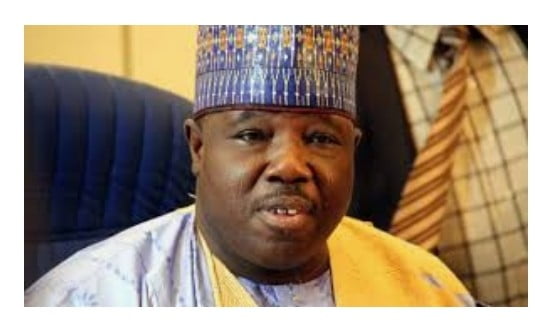 Former governor of Borno State and two term senator of the Federal Republic of Nigeria , Sen Ali Modu Sheriff on Saturday insisted that there is nothing to stop him contest the position of national Chairman of the ruling All Progressives Congress (APC) as long as the position is zoned to the north east where he hails from.

Sheriff unveiled his interest to contest for the chairmanship after he accompanied governor Mai Mala Buni of Yobe state to his village to vote at the local government elections.

“The Leadership of the party has not been zoned to any particular zone of the country for now. People have expressed their interests across the country. But the real thing is that whether I will run for the office or not will be determined by what the caretaker committee takes as a decision as a decision where the leadership of the party will go. Whether it will go to another place or it will remain in our zone.

He also commended the leadership qualities of Gov. Buni whom he said is “leading by example”.

Sen Ali Sheriff was also happy with the improvement of security in Borno and Yobe, stressing that, it’s a clear sign that peace has returned to our states. Look at the people that turned out at Buni Gari for the Local Government Election. This cannot happen in the past because of the activities of Boko Haram. I am highly impressed by the turnout that I saw,” Sen. Sheriff said. End