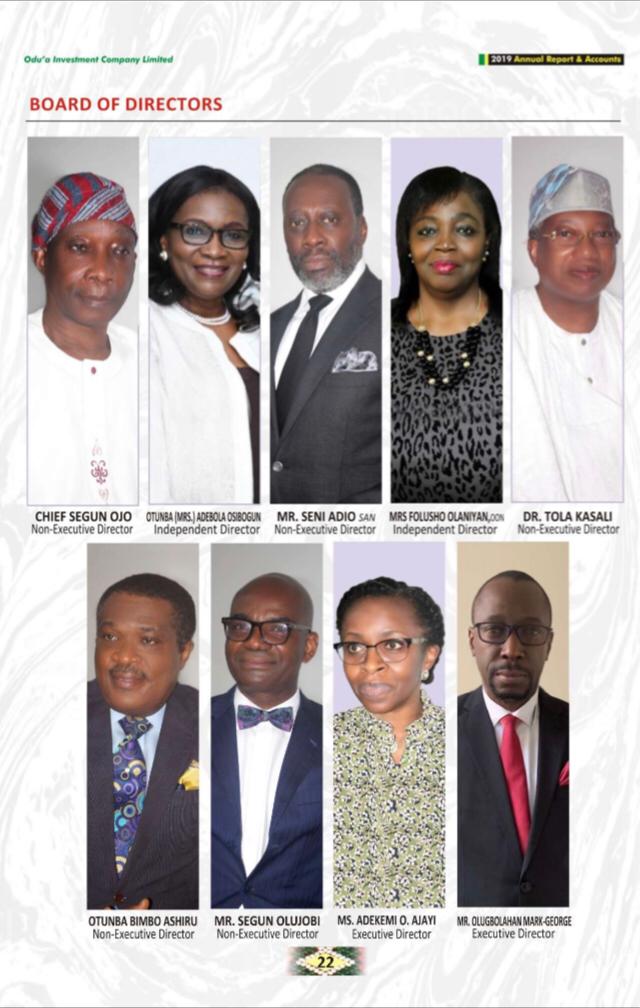 Making strides to actualize the slogan ”we are the investment hub of south west Nigeria”, the Annual General Meeting of Odu’a investment company limited ushered in the entry of 2 additional seasoned industry captains to further strengthen the board membership. The 2 technocrats in persons of Otunba (MRS.) Adebola Osigbogun & MRS. Folusho Olaniyan, OON
were recruited as Independent Directors

The competitive process of recruitment was superintended by the renowned highly rated audit firm KPMG.

Also joining the board in the capacity of executive director are MS. ADEKEMI O. AJAYI & MR. OLUGBOLAHAN MARK-GEORGE.

The directors who are State nominated are

The Chairman’s statement was delivered by Chief Segun Aina OFR.