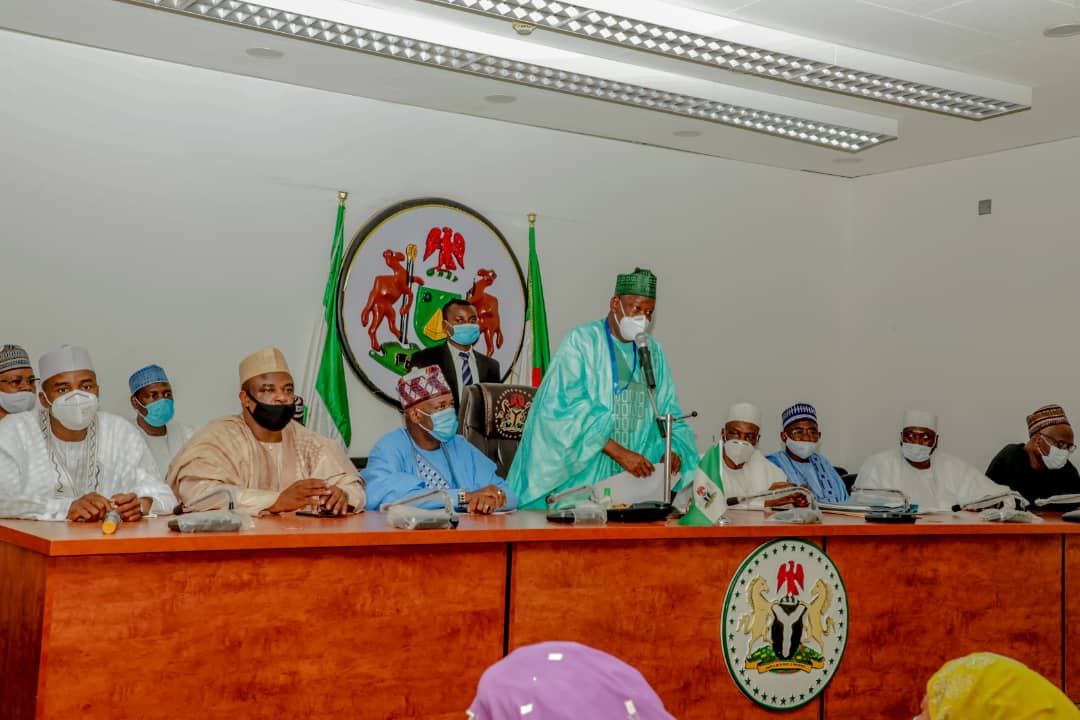 Display of political sophistication and clear understanding of the Nigerian politics, informs the Kano state governor Dr Abdullahi Umar Ganduje’s initiative, despite his recent appointment as the Chairman of Edo State Gubernatorial Campaign Council, to re-engineer Kano All Progressives Congress (APC) towards becoming digital and more strong for better performance.

After meeting with all the Caucus leaders and members from all the 44 local governments of the state, who represented 484 political wards in the state and scrutinised how the party performed in the last elections of Presidential, Gubernatorial and legislative, he came up with new strategy for the ruling APC in the state.

The meetings that trickled down to Wards and Chapters explained better, as to how best party leaders and members saw to the success of those exercises. While roles of individuals and groups were examined critically, efforts are now directed at how to place party on digital-pedal.

During the inauguration of Report Collection Committees, targeted at the formation of new set of Wards and Local Governments Caucus recently, that consist of the Secretary to the State Government, all the state Commissioners and other members of the state executive council, governor Ganduje reveals “To make our party stronger and more modern, we need to practice our politics this way.”

He explained that, “As we are running away from analogue way of practicing politics we are indeed inching towards digital political practice. And we are committed to doing this.” Which also included dishing out of terms of reference to all the set of people saddled with the responsibility of coming up with reformed Caucus at these levels.

While the Local Government Ward Caucus, from the Kano South, has Mukhtar Ishaq Yakasai, Commissioner for Special Duties, as the Chairman, Dr Kabiru Ibrahim Getso, Commissioner for Environment, as member and Barr. Ibrahim Mukhtar, as the Secretary.

An Overall Collation Committee, that would collect all reports from six committees, is chaired by the Secretary to the State Government, Alhaji Usman Alhaji, with Ali Bukar Makoda, Chief of Staff, Rabi’u Sulaiman Bichi, former SSG, Arch Aminu Dabo, former Managing Director, Nigerian Ports Authority (NPA), as members and Barr Musa Abdullahi Lawan, Commissioner for Housing and Estate, as the Secretary of the Committee.

All reports, after collation from all the aforementioned Committees and submitted to the SSG’s Overall Collation Committee, according to the gov, “Will be submitted in both electronic and hard copies. That can make an easy reference point,” governor said.