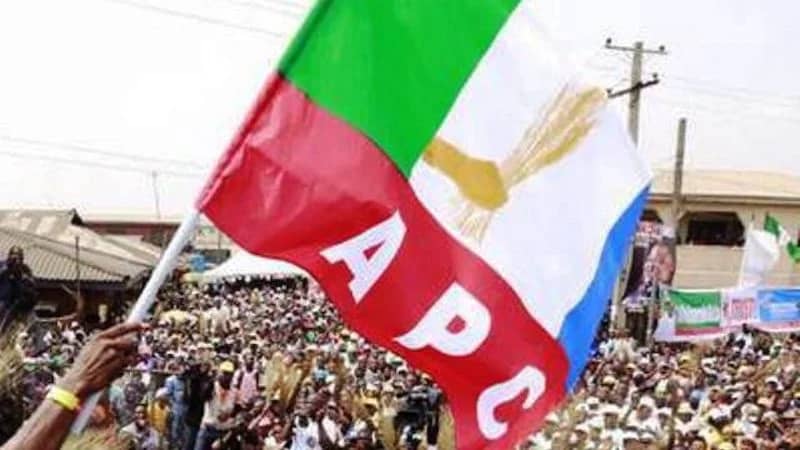 Barely few hours after the consensus arrangements that saw the emergence of Rufus Bature as the Plateau State Chairman of the All Progressive Congress, another factional Exco of the Party was inaugurated on Monday with Ishaya Itse claiming to be the Authentic State Exco of the Party.

While addressing Journalists in Jos, the Itse led faction which also has 36 Exco members says what took place at the Chrest Hotel on Saturday was nothing but a kangaroo arrangements as none of the candidates obtained the party’s Form.

The APC State Congresse on the Plateau may have come and gone, but the ripples generated is still Burning.

The Party in a consensus arrangements on Saturday elected Refused Bature Executives but in a dramatic turn of events, another factional Exco was inaugurated on Monday in jos with Ishaya Itse and 36 others claiming to be the Authentic State Exco.

Secretary of the Itse Faction Nanman Zhattau, alleged that the guidelines approved by the Headquarters of the Party was not duly followed.

He added, that the Party will not hesitate to instill disciplinary action on anyone who failed to submit himself to the Ishaya faction

The coming days would no doubt be interesting as the situation clearly suggest that the Ruling APC in Plateau is heading towards an unimaginable crisis with the emergence of the two factional Exco as Political watchers await to see where the pendulum will swing to.