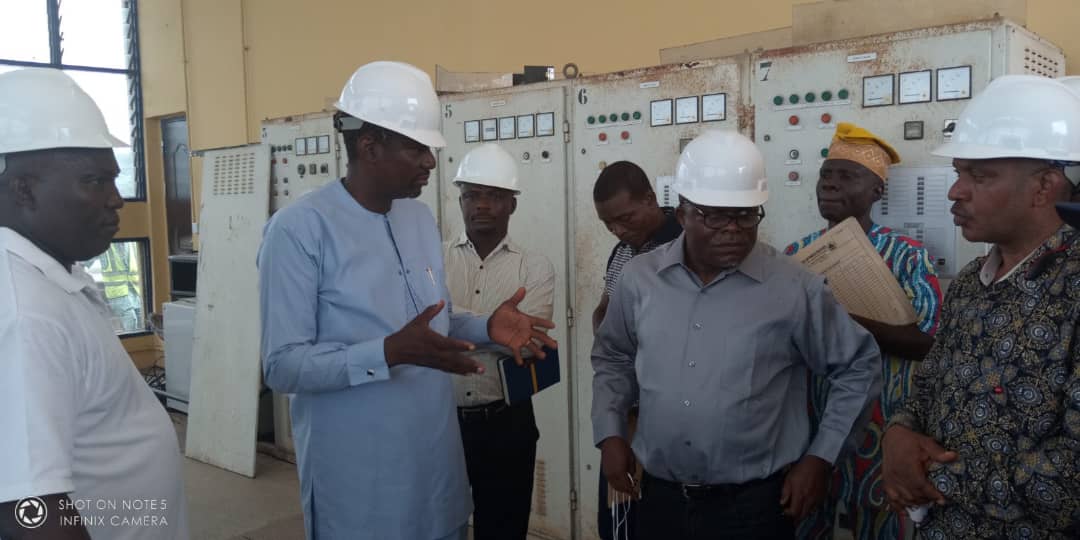 Hon. Bamidele Faparusi disclosed this during an on-the-spot assessment
and inspection visit to Egbe Dam in Gbonyin Local Government area.

2014, assured that the administration under Governor Fayemi will
restore the production capacity of the water scheme to hundred percent
which would be sixty-six thousand cubic metre per day.

pumping house amongst others, the Commissioner, who described the pace
of work at the scheme as encouraging, promised that the job at the
scheme would be delivered on schedule.

not only serve the five Local Government areas, it would equally
supply some parts of Akoko in Ondo State.

maintenance of the water scheme, Alhaji Amin Abdullah, who expressed
disappointment at the state of disrepair at the scheme, assured that
the scheme would become operational by September, this year.

According to him all civil and electrical works have been completed,
remaining only the supply of pumps that is being awaited from the
manufacturer in Germany.

The rehabilitation and turn-around maintenance at the water scheme is
co-funded by the European Union (EU) and the Ekiti State Government
under the phase three of the Water Supply and Sanitation Sector Reform
Programme.