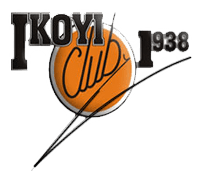 He should have been expelled….

His police escorts attempted to drive into the club premises with guns.
They were challenged at the barrier, and told they couldn’t bring guns into the premises.

When they forcefully gained access to the premises by zooming off.

The club’s CSO came round and asked them to leave, and there was a bit of resistance.

The armed escorts were prevented from gaining access to the buildings at the reception.

In the confusion, a committee member, an Indian, Chairman of Snooker intervened, and stood his ground, and videoed the incident.

The issues of Modu havibg slapped tge committee chairman is sketchy, but the whole incident was documented in a letter of protest and Modu was hurled before the disciplinary committee.

Modu claimed he never touched him or slapped him, thiugh CCTV evidence refuted his claims.

The committee was divided between expulsion and suspension, so they gave him a soft landing.