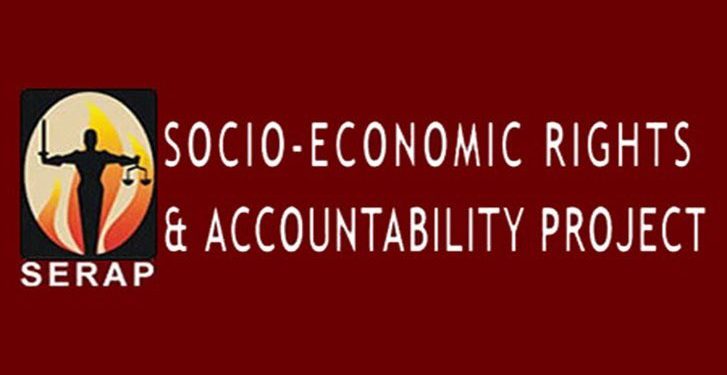 The Socio-Economic Rights and Accountability Project has sent an open letter to President Muhammadu Buhari requesting him to “instruct Mr Abubakar Malami, SAN, Minister of Justice and Attorney General of the Federation to take immediate steps to expeditiously, diligently, effectively and fairly prosecute high-profile corruption cases, and to publish details of the whereabouts of allegedly missing case files, as well as the status of prosecution of all the cases being handled by his office.”

The organization said: “The high-profile corruption cases include 103 cases reportedly sent by the Economic and Financial Crimes Commission [EFCC] in 2017, and the 15 allegedly missing case files sent by the now defunct Special Presidential Investigation Panel on the Recovery of Public Property, [SPIP] in 2019 to Mr Malami.”

In the letter dated September 26, 2020 and signed by SERAP’s Deputy Director, Kolawole Oluwadare, the organization said: “The authorities’ failure to diligently and expeditiously prosecute high profile corruption cases amounts to a fundamental breach of constitutional and international obligations. Continuing failure to prosecute these cases may create the perception of a deliberate effort to protect those considered to be very influential and powerful.”

According to the organization: “The fact that these cases have been pending for several years suggests that your government has not carried out its public, constitutional and international obligations, including the obligations to show that no one is above the law as far as the fight against corruption is concerned.”

The organization said: “Public interest demands that high-profile corruption cases are concluded within a reasonable time so that those guilty are punished and the innocent are set free. The rule of law and the preservation of democracy also require that the authorities duly proceed in accordance with the law against every high-profile person suspected of grand corruption, irrespective of where he/she is placed in the political hierarchy.”

The letter, copied to Malami, read in part: “SERAP is seriously concerned about the apparent inertia by the authorities to diligently and expeditiously prosecute high-profile corruption cases. While many of these cases have been dragging before your assumption of office in May 2015, several of the cases have not satisfactorily progressed, contrary to Nigerians’ expectations.

“Speedily, diligently, effectively and fairly prosecuting high-profile corruption cases would demonstrate your government’s commitment to enhance probity in public life and willingness to enforce accountability in public life. The basic postulate of the concept of equality: ‘Be you ever so high, the law is above you’, should be your government’s approach to high profile corruption cases.

“Our requests are brought in the public interest, and in keeping with the requirements of the Nigerian Constitution 1999 [as amended] particularly section 15[5], and Nigeria’s international obligations, including under the UN Convention against Corruption and the African Union Convention on Preventing and Combating Corruption, as well as the rule of law.

“We would be grateful if your government begins to implement the recommended action and measures within 14 days of the receipt and/or publication of this letter.

“If we have not heard from you by then as to the steps being taken in this direction, the Registered Trustees of SERAP shall take all appropriate legal actions to compel your government to pursue prosecution of these longstanding high-profile corruption cases to their logical conclusion, and to regularly report to Nigerians on the progress of prosecution.

“People get frustrated in the system if the process of justice is not allowed to take its normal course, more so, when apparently deliberate attempts are made to subvert and delay the process.

“There is a nexus between corruption at high places in public life and threats to the integrity, welfare, security and economy of the country, as well as the rule of law. There is therefore a clear need for an expeditious, diligent and effective prosecution of these cases, which have already been delayed for several years.

“Expeditious prosecution of those suspected of grand corruption irrespective of the position and status of that person is imperative to retain public confidence in the ability and willingness of authorities to prevent and combat corruption.

“According to our information, details of about 103 high-profile corruption cases being handled by the Economic and Financial Crimes Commission [EFCC] were reportedly made available in 2017 to the Office of the Attorney-General of the Federation and Minister of Justice upon request.

“Further, the case files of 15 high-profile corruption suspects are allegedly missing. The missing files are among the 23 cases reportedly sent by the now defunct Special Presidential Investigation Panel on the Recovery of Public Property, [SPIP] in 2019 to Mr Malami, and include some charges of fraud involving some former governors and senators, as well as non-declaration of assets and possession of foreign accounts cases.”

It added: “By Section 1 (1) of the Freedom of Information (FoI) Act 2011, and article 9 of the African Charter on Human and Peoples’ Rights, SERAP is entitled as of right to request for or gain access to information, including information on the details of the whereabouts of allegedly missing 15 case files of high-profile individuals suspected of grand corruption, and the status of prosecution of the cases, as well as those of the 103 cases reportedly sent to Mr Malami.”