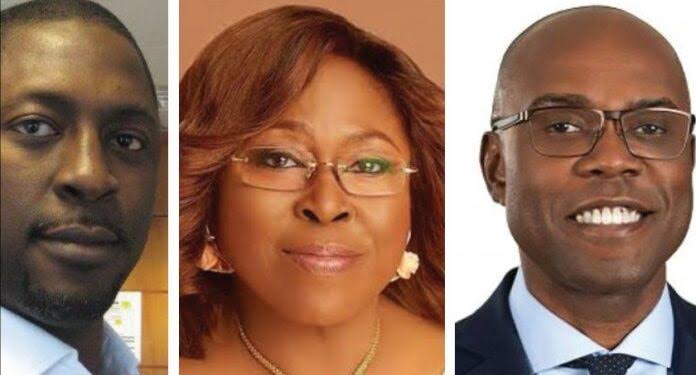 Both are currently battling this out using legal means. Upset that his brother, Christian, is running the school without consulting him amid other allegations, Francis has filed a petition at the Federal High Court in Lagos against his brother. He claims that after the death of their mother in 2019, Christian relocated his family to Nigeria and immediately took over the running of the schools by appointing himself as the de facto Chief Executive Officer without conferring with him and against his express objection.

Francis also claims that as a lawyer, their mother asked him, before her demise, to look for international investors who would run the school after her retirement, as he and Christian had no requisite experience or qualification to run an educational institution.

Francis also alleges in his affidavit that he requested a meeting with the Board of Directors of the school to discuss the implementation of appropriate legal framework to regulate the governance and the affairs of the school. He also requested that he and Christian apply for letter of administration at the Lagos High Court to legally administer the estate of their mother, particularly as it relates to her majority shares in the school.

However, he said Christian refused to accede to any of his requests and has continued to run the school without regard to him and the board of Governors in an autocratic manner with his wife, Olufunke, whom he carved a role for in the school despite not being a director, a shareholder or employee of the school. This, he stressed, has led to a toxic work environment for the staff of the school.

In addition, Christian, he adds, refused to give account of all expenditure made by him despite repeated demands to him to do so.

Francis therefore urged the court to restrain Christian from parading himself as the Chief Executive Officer of the school while also asking the court to appoint a Board of Governors as interim administrators of the school with exclusive control over their affairs, including the bank accounts, cash and any other assets pending the hearing and final determination of the substantive suit.

In a counter affidavit, Christian denied ever being served with a notice of the suit, but he accused his brother of making unilateral withdrawals from the bank accounts of the school and making payment to third parties from the funds of the school without his consent and approval.

The presiding Judge, Nicholas Oweibo, in his pronouncement not only restrained both brothers from dealing with the bank accounts, cash and any other assets of the school without the express written consent of the other party pending the final determination of the motion on notice for interlocutory injunction, but also adjourned the case till October 5, 2021 for hearing to commence.

I sang and composed the song Leyin Jesu Kosenikan with C & S Movement Church Ayo Ni , Surulere in 1991, Kunle Ajomale opens up in this interview session…
Olu of Warri dissolves Council of Chiefs, others