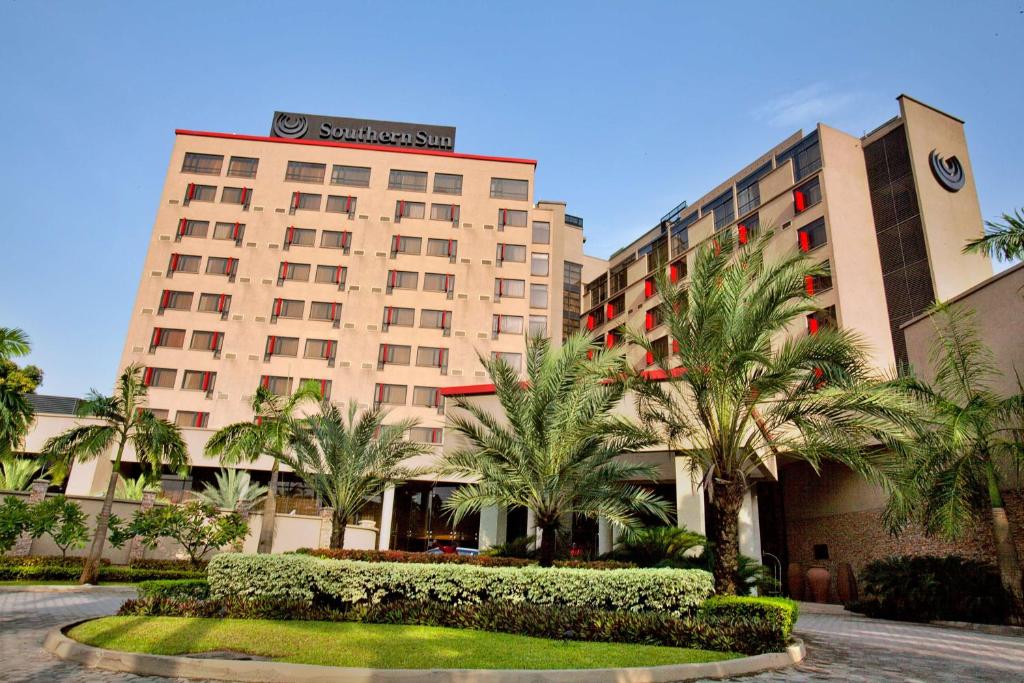 The prestigious Southern Sun Hotel in Ikoyi, Lagos, has been accused of harbouring thieves under the guise of employees, turning a blind eye to the pilfering of lodgers’ properties and pretending to be unaware of complaints from the victims. About a week ago, a mobile phone belonging to a prominent cleric, Apostle Chibuzor Chinyere, was stolen when he was lodging in the hotel. Rather than make an effort to find out how the phone got stolen and possibly find a way to retrieve it, the management of the hotel preferred to play dumb and by extension, shield the thief who made away with the phone. After waiting endlessly for a solution from the hotel without getting a response, Apostle Chinyere, who is the General Overseer of Port Harcourt-based Omega Power Ministries decided to call out the management for gross negligence and insensitivity to his situation. He revealed that he had told the management to question the worker who cleaned his room on the day before he checked out of the hotel and who he suspects must have stolen the phone, which contained sensitive documents, his bank applications and his hundreds of contacts which he said he did not backup, but his suggestions fell on deaf ears.

He said he had decided not to reveal the name of the hotel in the hope that his complaints would prompt its management to do the needful and fish out the thief, but seeing that they chose to ignore him and were not inclined to help him to recover his phone, he had no choice but to publicly call them out.

Although the cleric claimed that he had lodged a formal complaint to the police, he vowed never to step foot in the hotel again since its management could not guarantee the security of property belonging to its guests. He also swore not to let the matter go until he recovers his phone, even if it takes him 10 years to do so. He also warned that if push came to shove, he would drag the name of the hotel in mud, beginning with a press conference with all the major radio and television stations in the country. He however publicly appealed to the thief not to reset the phone to factory settings as the contacts saved in the phone are not only important to him, but also they could possibly affect so many lives. He promised to pay the thief three times the cost of the phone and if possible, give him a free slot on the list of people he sends to university overseas via his church/foundation’s scholarship, if the thief is benevolent enough to return the phone. Known for his philanthropic gestures, Chinyere doesn’t shy away from lending a helping hand when and if the need arises. He personally reached out to and rehabilitated the parents of Deborah Samuel who was lynched in Sokoto State for alleged blasphemy, three siblings whose mother was killed in the Owo Catholic Church attack and a social media sensation popularly referred to as Mr Spells who returned to the streets to beg for money to meet his needs after the buzz around him on social media died.

Nigerian-born bodybuilder, Awodibu, set for Olympia glory
Nobody Begged You to Contest, You Have no Chance of Ascending Alaafin Stool — Ruling House Tells Ladigbolu