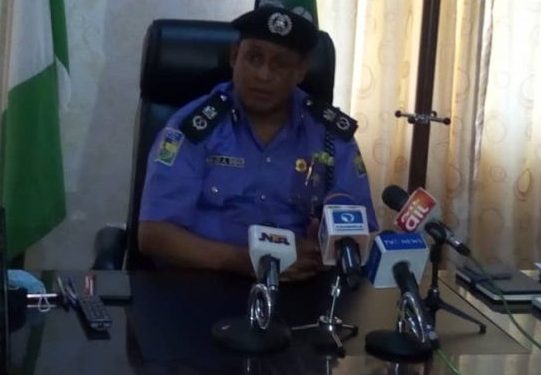 A Senior Secondary School 3 student, Babayo Yahaya, has been arrested by operatives of the Gombe State Police Command for being in possession of illicit substances.

The student was caught with 107 tramadol capsules and 59 sachets of Exole.

The Commissioner, Gombe State Police Command, Shehu Maikudi, paraded Yahaya on Thursday in Gombe alongside some other criminals.

He said: “Babayo Yahaya was arrested based on credible intelligence.

“Upon interrogation, the suspect confessed to be a dealer in illicit substances for over two years in Gombe and environs.”