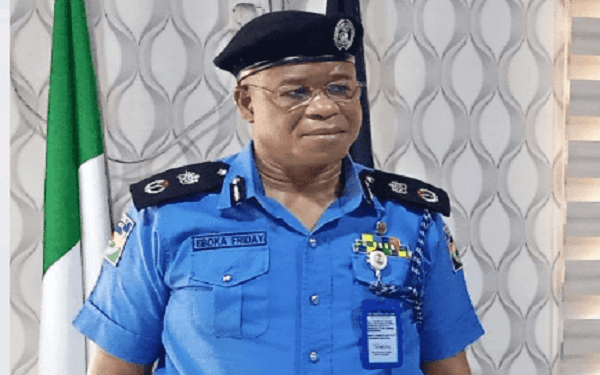 The Rivers State Police Command has arrested Messiah Wisdom Kelechi, who allegedly drugged a married woman, video-recorded himself raping her, and then threatened to make it go viral if her husband did not pay him the sum of a N1 million.

Our reporter learnt that on May 28, 2022, Operatives of the Anti-kidnapping Unit arrested one Wisdom Kelechi.

It was also gathered that the said Kelechi invited his victim to his house and drugged and slept with her while videoing the escapade, after which the suspect demanded N1 million ransom from her husband, if not he will upload the video on the internet and make it to go viral.

On getting the report, Operatives of the Command swung into action and arrested the suspect and rescued the victim at Queens Park Estate, Rumudaram Port Harcourt, the Rivers State Command.

The victim is currently undergoing medical treatment at an undisclosed hospital in the state.

Similarly, on May 20, 2022, Operatives of the Anti-Kidnapping Unit, acting on credible intelligence, combed Kani bush in Khana Local Government Area of the state and rescued Nancy Uche, who was kidnapped at YKC Junction on May 17, 2022.

Pascal Bukwu, 25, was arrested in connection with the kidnap.

Meanwhile, exhibits recovered from the suspect are one locally made shotgun with five rounds of cartridges.

In another development, Operatives of the Anti-Kidnaping Unit on May 26, 2022 through Intelligence-led policing stormed Dekeens bush in Gokana Local Government Area where Engineer Titus Ulakah, who was kidnapped on May 23, 2022 at YKC Woji Port Harcourt had been held captive.

The Rivers State Commissioner of Police, Friday Eboka, explained that the police successfully rescued the victim who had since reunited with his family members.

The CP identified those arrested in connection with the kidnap of Ulakah as Luke Earnest, 24, and Mina Sotan, 22.

Exhibits recovered from them are one pump action gun and three cartridges.