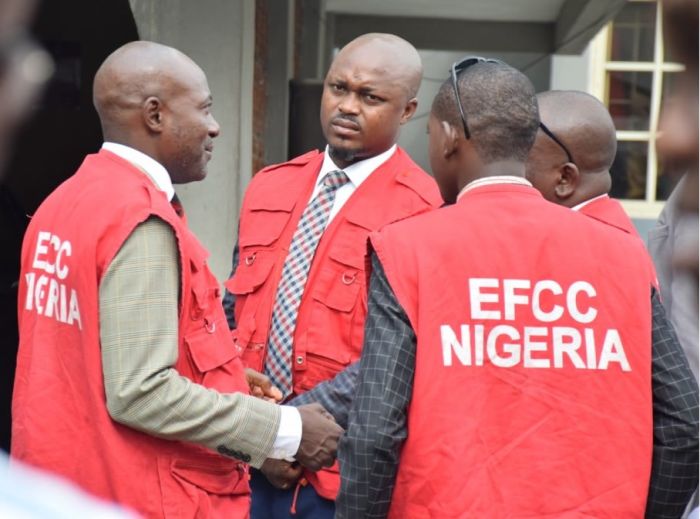 The Economic and Financial Crimes Commission (EFCC) has said that there had been anxiety in the banking sector following its directives for bank employees to declare their assets in accordance with the Bank Employees, etc (Declaration of Assets) Act 1986.

The ACT requires every bank employee to make a full disclosure of all assets within 14 days of assuming duty with a bank.

“In the case of a new employee, he shall within fourteen days of assuming duty with the bank make a full disclosure of all his assets at the time of his assuming duty; and for the purpose of this subsection, a transfer or secondment from one bank to another shall be treated as a new employment.

The anti-graft agency had set a June 1, 2021 (today) deadline for workers to comply with the directive.

They risk a 10-year jail, if found guilty by any Federal High Court.

In the latest edition of its in-house magazine, the EFCC ALERT, the anti-graft agency confirmed what it described as “trepidation” in the banking sector over the June 1 deadline.

It said: “But, with the June 1 ‘deadline’ just by the corner, there is trepidation in the banking sector amid permutations about the possible scenarios in the coming days.

“Among those who are yet to tidy their assets record, there is said to be an air foreboding regarding their fate.

“The fear, though largely unspoken, is about the consequences of second guessing the resolve of the EFCC chair to apply the full weight of the law on erring bankers.

“This is premised on the recent history of the banking sector, where a couple of former chief executives came under EFCC’s radar in the aftermath of the Central Bank of Nigeria’s whistle on the indiscretion of some bank chiefs in 2008.

“Two of the former bank executives have been jailed while others are still in court, battling to extricate their necks from the intricate web of fraud charges filed against them by the anti-graft agency.

“What will happen post-June 1 remains a matter of conjecture. However, one thing is certain; the steely resolve of the EFCC chair to walk the talk.”

It quoted the EFCC boss as claiming that there is no going back on the June 1 deadline.

Bawa says “All we are saying is that come June 1, we are going to be demanding for it (assets declaration forms).

“We want to look at it vis-à-vis other information that we have. It is something that as an institution we have resolved to do. Of course we expect stiff resistance, but we are determined.”