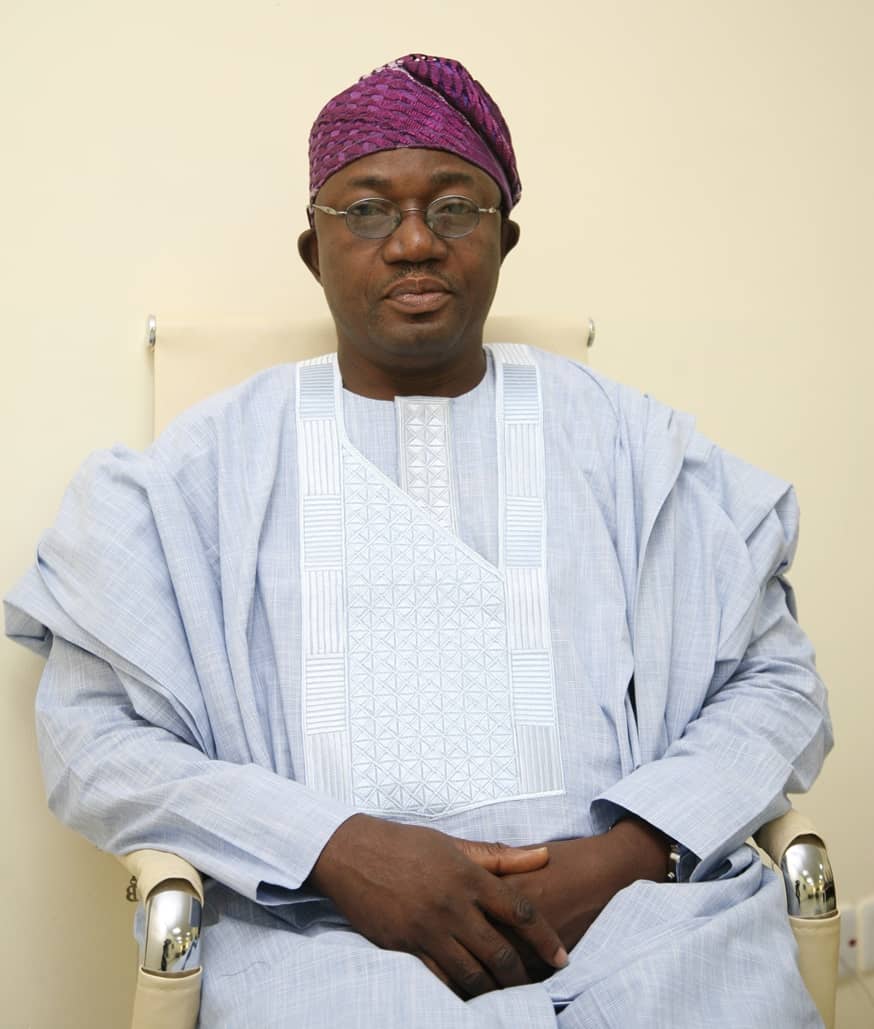 Text of the Keynote Address by

The Chief of Staff to the Governor, Ekiti State, Nigeria
Hon. Biodun OMOLEYE

on the occasion of the
Celebration of Ooni of Ife/Award of Honour Presentation
With the theme:
Enculturation of the Yoruba Culture among our youth; Implications on Social Re-engineering and Good Governance

His Imperial Majesty, the Ooni of Ife, Oba Adeyeye Enitan Babatunde Ogunwusi, Ojaja II, Eminent Personalities here present, Distinguished ladies and gentlemen, I consider it a privilege for me to be here today to speak on this auspicious occasion of the celebration of His Imperial Majesty, the Ooni of Ife. I will be speaking on the theme “Enculturation of Yoruba Culture Among Youth: Implications of Social Re-Engineering and Good Governance”.
I must commend the Yoruba Youth Council for organizing this event; again, you have raised our consciousness to this salient topical issue. It is important to note that as a people, we cannot forgo the conversation on the need for the youth to fully adopt our culture in the process to entrenching good governance and revitalizing our social values.

The purpose of this discourse is to establish the link between the adoption of the Yoruba culture among the youth and its essence on good governance and social advancement in our society. It has become pertinent especially in the wake of the gross abandonment of our culture by the youth and the adverse effect it has had in the society in recent years. The adoption and acceptance of the values embedded in our culture as Yoruba nation are of utmost importance in the struggle for social and political advancement of our nation.
The tripod on which this address stands are: Enculturation, Social Re-Engineering and Good Governance.
Enculturation is the process by which people learn the dynamics of their surrounding culture and acquire values and norms appropriate or necessary in that culture and worldviews. If successful, enculturation results in competence in the language, values and rituals of the culture. We can thus see enculturation in the light of socialization.
Social Engineering is a discipline in social science that refers to efforts to influence particular attitudes and social behavior on a large scale, whether by governments, media or private groups in order to produce desired characteristics in a target population.
The third leg of the tripod, Good Governance, is a subjective term that describes how public institutions conduct public affairs and manage public resources in the preferred way. Governance is the process of decision making and the process by which decisions are implemented. (or not implemented.)
The adulteration of our values is one major reason our society is witnessing the unprecedented debasement of our moral standards, the degradation in our taste of what good leadership is, culminating to a state of comatose in our governance and the continuous bastardization of our cultural heritage.
The youth embodies the future of any nation. Therefore, the need to take seriously, issues that affect this category of people seriously cannot be overstated. People in the age bracket of 18-35 years go through several physical and mental changes. Research has proven that they are more receptive to both negative and positive teachings. It therefore becomes an obligation for all of us to advocate for the Yoruba cultural heritage and its adoption among our youth.

The Yoruba Nation and its Culture
Geographically, the Yoruba Ethnic group is found in the South Western Nigeria and other parts of Africa. The group constitutes approximately 35 percent of Nigeria’s total population, and around 40 million individuals throughout the region of West Africa. Yorubaland, the western part of Nigeria spreads across Oyo, Ogun, Ondo, Ekiti, Osun and Lagos states. Kwara and Kogi states, though zoned to the North Central of the Country, still have a good part of it dominated by the Yorubas.
Culture is the totality of a people’s way of life, which is expressed in their history, language, art, philosophy, religion, politics, economics, music, food and dressing. Culture involves knowledge, beliefs, values, customs, arrangements and skills that are available to members of a society. Culture is the summation of the way of life of a particular group of people. It is the totality of a group behavior derived from the whole range of human activity (Dons Eze, 2014: 140-147).
As distinct from mere social organization, culture is the “shared ways of thinking, perceiving and evaluation” (Broom and Selznich, 1977: 55-57). Fanon describes culture “…as a combination of motor and mental behavior patterns arising from the encounter of man with nature and with his fellow man” (Fanon, 1967:32). Culture is what makes a people unique or distinct from others. It is what distinguishes one group of people from other groups.

Conclusion
Globalization has become so endemic that there is no culture in the world that has not has its own share of its positive and negative effects; as such we cannot then single out the Yoruba Nation as a major victim.
Our communal relationship has given way to individualism, and the heritage of Oduduwa being the progenitor of Yoruba race is no more the pride. The first democratic government of the Western Region under the late Chief Obafemi Awolowo ran the best civil service in the entire Black Africa and established institutions that were first in Africa. the first television station in Africa in Ibadan was a product of Yoruba vision, the Liberty stadium, and of course, the University College Hospital (UCH), Ibadan was at a time the third best hospital in the entire commonwealth.
Where have we missed the road? Things have fallen apart and the centre is not holding, but all hopes not lost when we have the great personality of our current paramount ruler, His Imperial Majesty, Oba Adeyeye, Enitan Ogunwusi, Ojaja II, on the throne. this is a great time for reformation and restoration of Yoruba values and culture; and our Imperial Majesty is well positioned to champion this course. I am proud to acknowledge the giant strides our Kabiyesi is taking to position our youth for leadership and ensure that they are productively engaged. if other Royal Fathers will follow this initiative, then the menace of joblessness and hopelessness which drag these youths to social vices will not be there.
Beyond this, I want to also suggest and advice that the Yoruba concept of dispute resolution which is conciliatory be formalized with the National Access to Justice Schedule. The traditional rulers should be empowered to handle cases that relate to cultural differences ranging from child abuse, matrimonial, communal differences and local disputes. this will help to decongest the conventional courts and reduce prison inmates. This will also stabilize the society rather than the punitive English legal system that we are currently practicing.
The celebration of traditional festivals like the Olojo festival should be encouraged in all the Yoruba communities to bring people together to remember their history and plan on how to move forward without jettisoning their original cultural practices.
Yes, certain elements of our culture may have to be amended like crude farming system to modernized farming, local financial to modern financial management while local technology must give way for modern technology. Of course, old communication pattern must give to a digital ICT driven technology.
All these will still not make us lose our sense of value and respect as Yoruba people, rather it will enhance our productivity and better living condition. Some traditional health practices have been found to be injurious, such as female genital mutilation, traditional birth attendant services and a list of others needs to be upgraded to reduce mortality rates.
In all, the exemplary profile of our Kabiyesi has of recent, given much prominence to the rich cultural values of Yoruba History. Kabiyesi has distinguished Yoruba traditional Royalty through his dress, public conducts and in the governance of the ancestral home of the Yorubas. This is the starting point.
I commend our youth to be proud ambassadors of the Yoruba Nation anywhere they go. History will accord you the benefit of such compliance. When you have an identity that is distinct, you will be respected and appreciated.
Yoruba youth must rise to the occasion to defend Yoruba interest anywhere they go and demonstrate to the whole world, that Yoruba depicts integrity, greatness, excellence, originality, modesty, civility, courage and above all incorrigibility.
Never will Yorubas play second fiddle where they are expected to take the lead. We challenge the “Omo-Akins” amongst you to rise to defend the course of Yoruba interest anywhere you find yourself in the world. As you do this, “Oduduwa a gbe yin o”. this is the clarion call!
Imperial Majesty, distinguished personalities and the organizers of this lecture, I want to appreciate you all for the opportunity you have given me to present this lecture and I thank the entire attendance for the attention given to this very short presentation.
Thank you and God bless you. Oodua a gbe wa o.

Eze D (2014). Nigeria and the Crisis of Cultural Identity in the Era of Globalization: Journal of African Studies and Development.