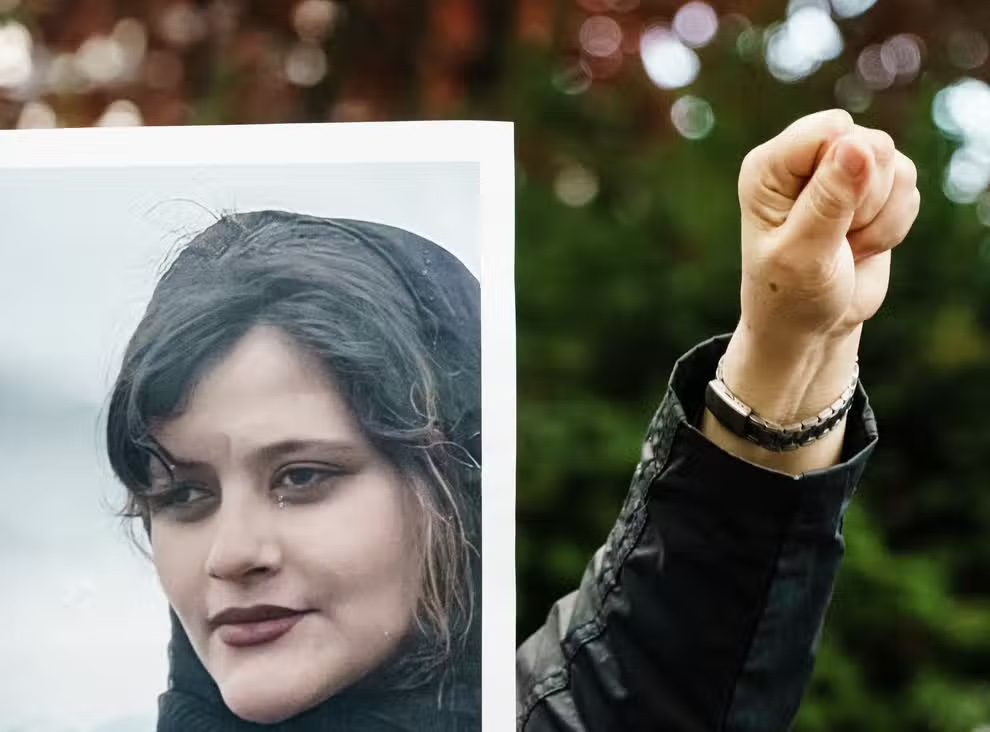 As a female Muslim journalist and modest fashion enthusiast, most of the stories that I write about hijab for news outlets in the West have a distinctively defensive stance, and explicit motivation to dispel Islamophobic myths about veils being a symbol of oppression. Some days, I condemn European nations that enforce bans on burkas, burkinis and hijabs; on others, I try to shed light on the female Muslim entrepreneurs, designers, models and bloggers proving that when followed by choice, a lifestyle of covering up one’s body can be incredibly empowering.

There are times, however, when current events involving the hijab fall squarely into the realm of oppression. The death of 22-year-old Mahsa Amini is a prime example. The young Iranian woman died in Tehran over the weekend after being arrested and allegedly beaten by Iran’s “morality” police last Thursday, for donning what they deemed to be “bad hijab”. Iranian officials are attributing her sudden death to a heart attack; however, her family claims she had no prior issues with her heart, and her father allegesthat bruising on her body shows she was assaulted during her arrest.

Whether or not the cause of her death was suspect, the fact remains that a young woman was whisked away from her family and detained, on the premise of requiring “re-educating” on the proper ways to cover herself. And while this all might be done under the guise of religion – the country calls itself the “Islamic Republic”, after all – there’s nothing Islamic about the morality police’s approach to bullying women into covering their hair.

In Iran, hijab has been enforced since the 1979 “Islamic Revolution” – prior to which veiling was in fact banned under the rule of Reza Shah Pahlavi. After Pahlavi’s 1935 nationwide hijab ban, soldiers were known to forcibly remove the headscarves of women who wore them in public. Veiled women were not allowed to work in professional capacities, and weren’t permitted entry into restaurants or theaters. Only a few decades later were these policies completely reversed, and Iran became – and remains — the only country in the world (besides the Taliban’s new Afghanistan) where women must legally cover their hair.

Frankly, this fickleness when it comes to approaches towards hijab goes to show that Muslim women are often the first casualty in a war of politics that aim to promote some sort of dogma – whether it’s Western-inspired liberalism or extremist, religious bigotry.

Be it in the East or the West, state-sanctioned patriarchy takes many forms. Sometimes, it looks like the American Supreme Court curbing women’s constitutional rights to seek abortions. Other times, it looks like the systemic oppression of Muslim women through enforced dress codes masked as markers of piety. The latter often occurs in the Middle East, and while the word “hijab” may seem fundamentally religious in nature, forcing women to cover their hair has nothing at all to do with piety or spirituality. After all, in order for faith and conviction to truly be sincere, practices that are supposedly “religious” must be fulfilled voluntarily. One of my favorite Quranic verses is the one that states: “There is no compulsion in religion”.

And, when it comes to Quranic commandments regarding hijab and modesty, religious scholars offer numerous interpretations. Some claim that veiling was prescribed only to the Prophet Muhammad’s wives, rather than to all Muslim women. While Muslim historians, scholars and jurists might hold differing views, most agree that the Qur’an is clear in that its purpose for prescribing the veil – to protect the Prophet’s wives from being harassed on the street. Ironically, forced veiling in Iran has led to women being harassed on the streets by the nation’s morality police, called the Gashte-Ershad, who have the power of arbitrarily deciding what constitutes “bad hijab”, and are at liberty to round up women, arresting, detaining and “re-educating” them.

While many Muslim women do freely make the choice to cover their hair, the veil has nonetheless become a symbol of control, linked inextricably with culture and politics.

But when authoritarian men make decisions about what Muslim women can and cannot wear, their approaches, actions and intentions are entirely un-Islamic. As Iranian-American activist Hoda Katebi tweeted recently: “This has nothing to do with Islam and everything to do with a government that uses what it can to maintain power.”

In fact, most rulings on Muslim women’s attire – be it burkini bans in France or mandatory hair-covering in Iran – have little to do with Muslim women themselves, and are instead a means of cementing patriarchal control over women. In the West, men may want women to shed their clothing to depict a more sexualized image that they prefer to see. In the East, conversely, men often want women to cover their bodies, lest they “tempt” fellow men to perform illicit sexual activity.

When validated by those in power, the tendency to police women’s bodies has a trickle-down effect. Instagram’s “haram police” — who gratingly criticize images of modest fashion bloggers and point out flashes of skin — are an extension of this same pernicious approach to controlling Muslim women’s bodies.

Tehran’s police chief maintains that Mahsa Amini was “dressed inappropriately” and has called her death “unfortunate.” Meanwhile, anti-government protestsand demonstrators have erupted across the nation, with many women taking off their headscarves or chopping their hair in solidarity. It might seem mind-boggling that in some areas of the world, women are protesting for their right to cover their hair, while in places like Iran, they are protesting for their right to uncover it. It can certainly confuse those who might be unfamiliar with the nuances of hijab and modesty. Is the headscarf inherently repressive? Can modest fashion be a liberating, feminist flip-off to societal beauty standards that measure a woman’s attractiveness by the amount of skin she shows?

At the end of the day, the issue at the crux of the hijab debate is agency, and women’s lack of it, or empowered implementation of it, in determining how they dress. Men discussing, proscribing and enforcing women’s’ dress codes must be abolished, or at least rendered irrelevant, in order to prevent senseless tragedies like the death of Mahsa Amini.

Egyptian-American scholar Leila Ahmed, in her seminal text, Women and Gender in Islam, calls discourse surrounding the hijab a “male-engendered debate about women, with its fixation on the veil.” She also calls the energy spent on such discourse “frustrating and ludicrous”.

Hafsa Lodi is a freelance journalist and the author of ‘Modesty: A Fashion Paradox’

St George’s Chapel, where Queen #Elizabeth will be buried, lies the remains of a young African boy, Prince Alemayehu son of Emperor Tewodros II of Ethiopia.
Putin can call up all the troops he wants, but Russia can’t train or support them