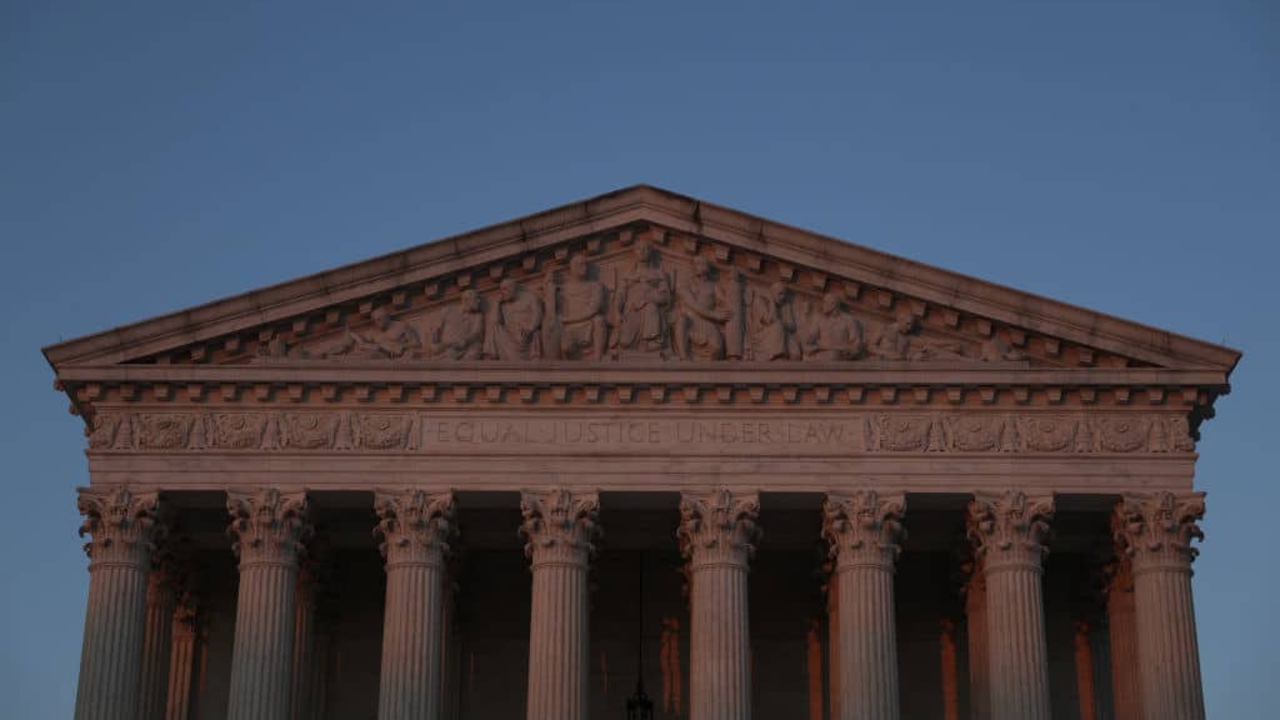 Progressive outrage greeted this week’s US Supreme Court majority decision which overturned Roe v. Wade. ‘Extreme ideology,’ thundered Joe Biden. It was ‘a huge blow to women’s human rights’ according to Michelle Bachelet at the UN; a case of ‘back to the Middle Ages,’ in the view of one melodramatic performer at Glastonbury.

These are understandable views. But they are still misguided.

Some background can help. Before January 1973 abortion in America was a state law matter. Some states were restrictive, some liberal: it all depended on public opinion and local politics. Roe v. Wadechanged all that. It determined that the US Constitution implicitly protected the right to abortion almost absolutely up to three months and in many cases up to six, and thereby essentially took the issue away from the states entirely. Although the details later changed, from then on, whatever local voters or representatives might think, state laws restricting abortions further than the Supreme Court had allowed were automatically ineffective. Yesterday’s decision, in which the court gave the green light to enforce a Mississippi law banning most abortions after a mere 15 weeks, has now restored the pre-1973 position.The people, including those in states you don’t visit and have little time for, ought to be trusted

Obviously pro-lifers will welcome the decision. (Declaration of interest: I am overall pro-life, though not dogmatically so.) But your own views on abortion should not matter. Even if you are pro-choice you should still support this Supreme Court ruling, at least if you value a healthy political process based on democratic debate.

While there is nothing wrong with constitutions protecting limited enumerated rights against change by a simple majority (think in the US context: free speech, free exercise of religion or protection from unreasonable searches and seizures, all of which appear expressly). The difficulty with Roe v. Wade was, as the majority pointed out yesterday in the Dobbs case, that it went much, much further than this. Nothing remotely resembling a right to abortion appears anywhere in the US constitution. Nevertheless Roehad shoehorned it in on the basis, in essence, that the constitution prevented life, liberty and property being infringed without due process; that because privacy and autonomy were values inherent in the document they were subsumed in liberty; and that a right to abort was an aspect of the right to privacy.

Quite apart from the intellectual problems of piling inference upon doubtful inference, reasoning like this should worry anyone. Constitutional protections, like human rights protections, are acceptable precisely because the restrictions they put on the democratic process are so carefully limited. But once courts start extending constitutional protections by a process of intellectual exegesis to cover matters neither listed nor uncontroversial, they are claiming for themselves a power to put large swathes of social policy off-limits to the political process. Whatever your position on abortion, you should be grateful that yesterday a majority of the Justices decided to discountenance any such process. Decisions like Roe amount to lawmaking: they belong in legislative, not judicial, chambers.

Progressives, moreover, need to remember that constitutional activism can cut both ways. The due process clause which they, and the judicial minority in the Dobbs case, forcefully promoted as a buttress to the right to abortion is not uniquely progressive. It could quite plausibly be used, and indeed has been employed in the past, for causes that would make them very unhappy: for example, to protect the free market (‘liberty’) from regulation and pro-worker legislation. Far better in both cases, you might think, for the courts to stand back and say such matters are not their business.

It is the fight between dirty, democratic politics on one side and the genteel influence of an unelected DC elite that really lies behind yesterday’s events. If you look at the dissenting Justices’ opinion in this week’s case, there is an undercurrent of distrust and disdain for those outside the charmed circle of the Beltway. If Roe v. Wade goes, ‘States,’ it says contemptuously, ‘will feel free to enact all manner of restrictions’. The uneducated masses of Mississippi deciding important social policy for themselves through their own representatives? Ugh.

What is notably lacking in the minority’s view, and hearteningly present in the majority’s, should be second nature in any democracy. The people, including those in states you don’t visit and have little time for, ought to be trusted. True, they may get things wrong. But if you disagree with what they decide, then it’s up to you to go and persuade voters at the next election.

Indeed, political activism at state level, and acceptance of the need for it as part of a healthy democracy, is by far the best thing likely to result from yesterday’s decision. In some places it has already started. California, for example, which is already liberal on abortion, is planning a vote to insert a right to termination expressly into its state constitution. We can now expect to see a great deal more activism, especially in the states which now intend to take advantage of the new ruling and further restrict terminations. If pro-choice voters win out, good luck to them: if they don’t, that’s politics. But one thing is sinking in: whatever you think on abortion, getting nine unelected men and women in Washington to prejudge the issue will no longer work. Quite right too.

UK drill music videos can now be used as evidence in court to link gang-affiliated suspects – NME
‘He bought me like a chicken’: the struggle to end slavery in Niger