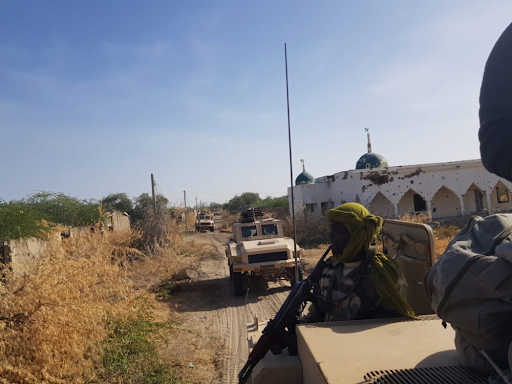 The Multinational Joint Task Force (MNJTF) has obtained an additional 12-month extension of its mandate to continue counterterrorism operations against insurgents in Lake Chad.

The renewed mandate for the Task Force comprising troops from Nigeria, Niger, Cameroon, Chad, and Benin republic takes effect from Feb. 1, according to a statementfrom the recent virtual meeting of the Peace and Security Council of the African Union (AU).

Initially established in the 1990s to confront banditry and crime, the MNJTF was remodelled and re-operationalised by the AU, Peace and Security Council in 2014 to combat the threat from terrorism and promote stabilisation efforts in Lake Chad.

Its operational Headquarters is located in N’Djamena, Chad, and sectional headquarters in Baga-Sola western Chad, Baga area of northeastern Nigeria, Diffa in southeastern Niger, and Mora in Far North Cameroon.

In the statement, the council lamented the threat from “the continued use of Improvised Explosives Device (IED) within the MNJTF Area of Operation” targeting military forces and civilians.

HumAngle understands that these requirements are essential to improve the effectiveness of the mission and to also mitigate the risk posed by ambushes, IEDs and suicide vehicle IED (car bombs), as evident during the three-week operation in Dec. 2021, with troops coming under mortar, IED and car bomb attacks.

The MNJTF faces other challenges, including differences in language and doctrine. Regarding this, Chidi Nwaonu, a security consultant with London-based, Peccavi consults, told HumAngle in a previous reportthat there should be a pre-deployment training camp offering year-long courses in French, English, Kanuri, Arabic, as well as doctrine familiarisation, joint tactics, and communications.

In 2020, an International Crisis Group reportnoted that the joint force has brought some dividends adding that “working together has enabled forces from different countries to learn from each other, promoted the idea of cross-border cooperation and improved tactical coordination”.

However,  it also noted that inconsistent commitment to the force, funding problems and disjointed planning had hindered its effectiveness, stating that “jihadists often regroup when troops withdraw.”