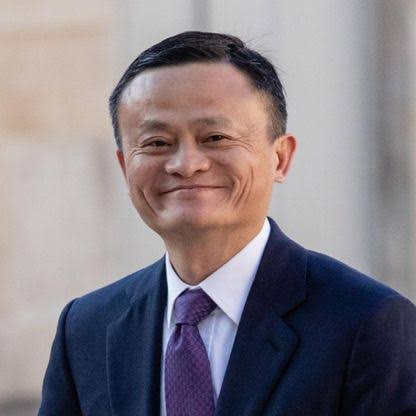 Who Was Jack Ma?

One year ago, Ma was the richest man in China. He was the creator of Alibaba – China’s largest tech company – and The Ant Group, the largest Fintech company in the world. His corporate empire had reached private-sector superpower status, on a par with the Western FANG-giants. Alibaba alone was worth more than any U.S. company except for Apple, Amazon and Google.

Ma was also a worldwide celebrity – the most famous living Chinese person. According to polls he was more well-known outside China than Xi Jinping. Jack Ma was Jeff Bezos, Elon Musk and Bill Gates all rolled into one. He was the front-man for the new China:

The abrupt reversal of his fortunes has been shocking to watch. Ma’s assets have been stripped, shorn, and degraded (“rectified” is the English word often given as the translation for whatever verb in Chinese describes what Beijing is doing to his businesses).

The last-minute quashing of the Ant Group’s Initial Public Offering was the opening shot (which I wrote about at some length last year). The offering would have set a world record. (In fact, Alibaba’s IPO in 2014 had been the largest ever at that time. Ant’s was to have surpassed it by 40%.)

The size of the deal itself doesn’t portray the scale of the financial phenomenon. The Ant IPO had become – by October 2020 – a true frenzy. The share price on the private market ran up 50% ahead of the effective date, and the offering was said to have been 80 times oversubscribed. The Wall Street Journal called it “a $3 trillion scramble.”

Ma was triumphant. It would be, he said,

The WSJ reported that the order book exceeded “the value of all the stocks listed on the exchanges of Germany.”

Then — Beijing killed the deal.

Carving up the Company

Following the IPO fiasco, regulators began to disassemble Ant. Its consumer financing business was set to be restructured, with new “partners.”

The government also had its eye on one of Ant’s most valuable assets – its data, derived from billions of consumer transactions it processes. The tech-intensive analytics generated from this resource have been the basis of Ant’s competitive advantage over the less technologically sophisticated traditional banking sector in making consumer credit decisions. Beijing aimed to “rectify” that, too.

Ant’s Group’s money market fund was perhaps its most amazing and explosive success story. In just four years, the fund became (briefly) the world’s largest, surpassing the American establishment giants like Fidelity and JP Morgan and “shocking banking executives around the world.” Ant built this fund up by inviting Chinese consumers to hold their spare cash (“leftover treasure” in Chinese) in these accounts.

Beijing took note. Ant’s business was thrown into reverse, shrinking 18% in the first quarter of this year, and down almost 50% from its peak.

This decline is not (as has been suggested by some) due to “natural” market forces, interest rate shifts, or trends in the Chinese equity markets. It is the direct result of Beijing in action.

In April, a “record” fine of $2.8 Bn was levied against Jack Ma’s flagship, Alibaba – for antitrust violations. The dollar amount appeared far smaller than the financial damage from the broken Ant IPO, and some observers dismissed it. Still, it was the description of the “sin” that mattered. The company was accused of “abusing its market dominance” and, again, “ordered the company to ‘rectify’ its behavior” and “shrink its business.”

(“Standardize,” “Purify,” “Set on the Right Path”… The pronouncement rings with Orwellian cadences. And who would ever have thought to hear about “protecting fair competition” from the communists?)

Chinese authorities have piled on other penalties, which seem minor, or tangential, but in context they display Beijing’s animus even in petty matters.

For example, the company’s highly popular Internet browser – number 2 in the Chinese market with over 400 million active users – was deleted at Beijing’s insistence from the app stores of most mobile and Internet companies in March.

In April, Beijing announced an investigation into the Ant’s dealings with the Shanghai stock exchange to obtain approval for the IPO. Insider dealing and quasi-corruption were implied:

Also in April, Ma was removed as president of Hupan University, the ultra-elite business school he founded and endowed in 2015.

This is to my mind the saddest of all these injuries. The plan for Hupan was ambitious, bold, innovative. It promised a fresh approach to business education, in some respects going beyond anything done elsewhere.

As an educator myself, I was impressed with this model. It fit with China’s desire to leapfrog the slower, more organic American approach to business education, and combined what we would call “advanced Exec Ed” with an intensive shared personal experience and network cultivation. The closest thing to this in the U.S. is the Harvard Business School, and Ma wanted to go even further. It was a grand vision.

It was reported last week that “regulators approved Jack Ma’s Ant Group to start running a new finance company.” It will absorb the most profitable part of Ant — the consumer lending business. Ant will contribute its massive portfolio of $155 Bn in outstanding loans.

However, Ant will now own just 50% of the new company – to be called Chongqing Ant Consumer Finance. Ant even has to pay another $625 million for a half-stake in its own business! The other 50% is being handed out to several new “partners” (who apparently are not required to make capital commitments). They include a battery company (?), a manufacturer of video surveillance equipment, and, yes, an actual bank, though it is a wholly owned subsidiary of one of the state-owned “bad banks” set up in the 1990s to process massive amounts of non-performing loans that were choking the state banking sector at that time.

But the real shock is who gets the final seat at the boardroom table: Huarong Asset Management. They are being given 4.99% of the business, for nothing it seems.

Huarong is the most notorious bad actor in all of Chinese finance.

Oh, and in January 2021, former CEO Lai Xiaomin was executed for bribery, “greed” and other sins.

Bringing Huarong into this venture shows that someone in Beijing has a nasty sense of humor. It’s as though the U.S. government had said to Facebook, “Mr. Zuckerberg, say Hello to your new partner, Bernie Madoff.”

Media reports portrayed this new deal as a “thaw” and an “easing of tensions” — a “green light” for Jack Ma. But the addition of Huarong feels like mockery, or even contempt, on the part of Beijing’s regulators for Mr. Ma and what he represents. To tie the most dynamic and innovative high-tech entrepreneur China has produced so far to a corrupt, bankrupt, sluggish, thuggish and incompetent wreck of a company… What can that signify, except contempt?

It is at the very least a message, and a warning, to the rest of the private sector. It is also another strategic blunder on China’s part – but that is for a future column.