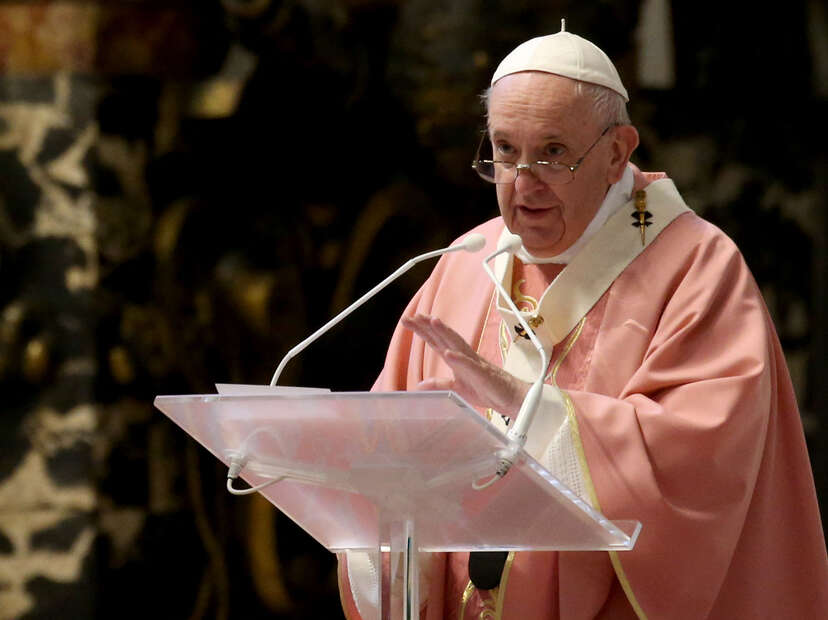 The Vatican declined to bless same-sex marriage in a note on Monday, calling it “a choice” and saying God “does not and cannot bless sin.” The note will no doubt damage the already discordant relationship between the LGBTQ+ community and the Catholic church, which has historically opposed marriage equality.

Pope Francis supported the note, after he appeared to become the first head of the Catholic church to signal support for same-sex civil unions in a documentary that aired last fall. Since being elected in 2013, Pope Francis has had a history of being empathetictoward LGBTQ+ followers — but his supportive decree of same-sex unions in the civil sphere does not appear to have transcended to the religious.

The Congregation for the Doctrine of the Faith, also known as the Vatican’s “Holy Office,” issued the declarative on Monday, as well as a lengthy explanatory comment in response to a question about whether the church could bless same-sex unions. The judgment is signed by Cardinal Luis F. Ladaria, prefect of the congregation.

“It is not licit to impart a blessing on relationships, or partnerships, even stable, that involve sexual activity outside of marriage… as is the case of the unions between persons of the same sex,” reads the explanation.

It continued: “Furthermore, since blessings on persons are in relationship with the sacraments, the blessing of homosexual unions cannot be considered licit.”

The leader of New Ways Ministry, a religious group that advocates for more inclusivity of LGBTQ+ people within the church, said that Catholics, including clergy, will likely ignore the position, the Associated Press reported. In recent years, faith leaders within and outside of church hierarchy have made statementsfavoring marriage equality to various degrees, as surveys indicate a majority of Catholics in various countries, including in the U.S., support same sex-marriage.

“Catholic people recognize the holiness of the love between committed same-sex couples and recognize this love as divinely inspired and divinely supported and thus meets the standard to be blessed,” the group’s executive director Francis DeBernardo said in a statement.

The Vatican said the church can bless gay people, if they follow doctrine, saying its ruling is “not intended to be, a form of unjust discrimination but rather a reminder of the truth of the liturgical rite and of the very nature of the sacramentals, as the Church understands them.”

In the Pope’s earlier remarks, he said “homosexuals have a right to be a part of the family” as “children of God.” He supported creating “a civil union law” to cover LGBTQ+ couples.

Since Francis’ remarks were widely shared last fall, the Vatican has reportedly said they were taken out of context. The documentary in which they are featured, “Francesco,” will be available to stream starting on March 28.