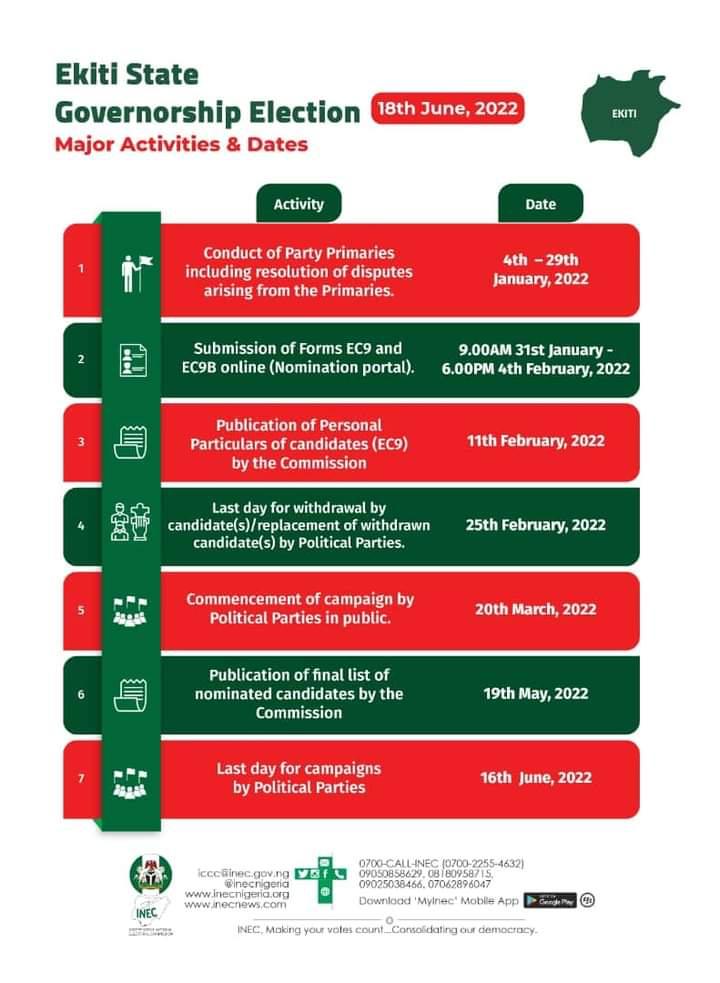 Two years into the new administration in Ekiti State, the State is awash with claims and counterclaims for its soul by many eminent and not so eminent citizens. Keen watchers of developments in the State say no fewer than twenty candidates are in the race for Ekiti State Government House in 2007. It is commendable that so many of our citizens are keenly interested in ruling the State, but in my view, what Ekiti State really needs is a collective rescue mission, one that moves beyond individual agendas and pointless attacks on Governor Fayose. Not to mince words, a crude privatisation of power is taking place in Ekiti State, with a crippling effect on the citizens and all institutions of state.

While the personality of the current governor may be a factor in the cul-de-sac we have found ourselves, the crisis clearly suggests the need for a concrete alternative approach, if not an alternative platform, for determining present and future governance. The crying question is how an alternative may be achieved along the path of constitutionality and non-violence. How do we re-invent our State in order to avoid what appears to be an inexorable rush towards disaster? This is what my manifesto for transformation is about.

The immediate challenge for all concerned Ekiti citizens at home and abroad is to concentrate on how to rescue our people from bad governance, but this is a task that must be tackled collectively. Unless a critical mass of various other groups that cut across age, gender, zones and party political affiliations adopt the same positions, with a more clearly defined collective agenda, the single-issue approach of many of our compatriots would simply not suffice. There is an urgent need to build coalitions in the public sphere, which rise above an elders? orientation or an elite conclave, since they can easily be targetted. This can be avoided if a different strategy is adopted through a quiet coalitional option aimed at creating a critical mass of support for a common agenda across Ekitiland. This option must set out on a path that is not merely contingent on Government House in 2007 ? important as that may be to some people; it must seek to remain a permanent platform or lobby, even if a more accountable party and/or Governor succeeds in 2007 and beyond.
This permanent platform must seek to recreate an image of Ekiti industry, hardwork, integrity and dedication to duty that it can consistently uphold.

Such a platform must not change with every wind that blows. Its primary scheme is to mobilise opinion and then build structures to actualise goals without having to change when adventurers, of whatever hue, barge into or move out of the political system.

It is a scheme for meeting such a coalitional strategy that I believe we need and it cannot be based on the platform of any existing political formation or party. Not that existing political structures can be avoided entirely and, as indicated above, I do not have any fundamental objection to those running for office in 2007. But I do think the only way to avoid crass and opportunistic state privatisation of the type we are witnessing is to ensure that there is a platform sufficiently strong to ensure that those who
run for office under any party in Ekitiland subscribe to a minimum, irreducible agenda. An agenda that does not denigrate the importance of education in Ekitiland, one that assures the culture of freedom of movement, speech, worship, association, respect for traditional institutions and distinguished citizens of the State and an economic strategy that outlines a planned approach to a market society rather than a hapless submission to ?cash and carry? market forces. It should also be a platform that subscribes to and promotes a code of ethics in elections. In short, it must articulate a fast-track approach to development in Ekitiland through regional integration, rather than a dependence on federal allocations.

By the same token, the agenda must place merit at the heart of the Ekiti project and must not seek to create an artificial divide among Ekiti indigenes, irrespective of where they live. I have no doubt that excellent people come from all parts of Ekitiland and they can be convinced to stake a claim in a manner that they are the product of a collective decision, rather than products of political jobbers and moneybags.

More importantly though, the goal of a collective rescue mission should not be merely to capture power, but to tap into the progressive traditions in Ekitiland which are ideologically coincident with what I have outlined above. Many people that I know in Ekiti have often stood with other progressives to wage common struggles for the future of Nigeria. In spite of the divisive geo-ethnic aspersions cast on such ventures by those whose sole objective is only loot-sharing, such struggles have always succeeded in changing the course of Nigeria?s history. But we began to lose our standing when we started to make our goals contingent upon the whims and caprices of a venal dictator, and it is the opportunism of that recent past that has put in place a system not based on principles and integrity. Now we are where we are and the challenge is what to do to reassure our suffering people that another Ekitiland is possible.

Those of us who want to re-draw the map of Ekitiland?s future must return to more solid grounds rather than bid for supposed alternatives that neither have a track record nor demonstrate a vision that they are better than what we currently have in the State. This solid ground must be within a larger movement that accommodates larger issues of policy. To do it well, we have to see Nigeria as a permanent enterprise that has to be fought over and restructured in order to provide cover for all Nigerians, including those of us from Ekitiland. A few distinguished Ekiti citizens are now involved in the National Dialogue process and one hopes they will argue the corner of the Yoruba agenda within a pan-Nigerian framework without eschewing the unique place of Ekiti in all of this.

On the practical front though, the first thing we must do is create a framework for engaging in serious policy oriented debates about governance in Ekitiland by returning to the format of specially produced policy papers of Chief Awolowo?s era. These policy papers may be commissioned from known experts from Ekitiland offering definitive insights on the existing policies in the State (if any) and proposing alternatives. The policy papers are to provide a base of ideas upon whose platform a number of carefully chosen Ekiti indigenes at home and abroad may be allocated portfolios around which to monitor developments in favour of adopted policy choices. A portfolio holder(and this needs not be just one person – in fact they could be so many as to constitute a task force for that particular portfolio) may monitor developments, in say, computer technology, educational management, transport economy, agriculture and rural development etc. It is expected that the portfolio holder should know as much if not much more than comparable decision makers in the corridors of power. .

This may well emerge as the nucleus for a non-partisan All-Ekiti Consultative Group. Unlike the pattern in most Nigerian political organisations, a deliberate move must be made to involve younger citizens and women in the consultations. All members in the venture will be considered to be fieldworkers in the pursuit of a collective agenda for Ekitiland. After due consultations over a wide range of issues, a movement from informality to organised decision making may be agreed upon. Mutual respect must guide the Group?s work, but gerontocracy must be scrupulously eschewed. Eventually, a Secretariat should emerge dedicated to coordinating the various sections of the Group. I am glad however that the internet based discussion group of Ekiti professionals at home and abroad ? Ekiti Panupo ? is already working on some of these suggestions following my original proposal, but the challenge remains one of broadening the rescue mission beyond those with access to the internet and bridging the digital divide.

This is my modest agenda for a collective rescue mission in Ekitiland. We must discourage personalised agendas and pursue a collective struggle in other to rescue Ekiti State as well as provide a mechanism for monitoring governance over the long term. Whoever is thrown up by this collective strategy should be embraced by us all and pushed as the collective?s flagbearer. This is the only way to rescue our state from the current crude privatisation of power.

This is a revised and abridged version of an earlier think-piece contributed to the internet discussion group ? Ekiti-Panupo. Dr Fayemi is Director, Centre for Democracy & Development. He writes in a personal capacity.