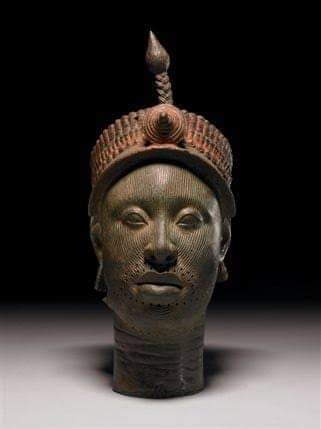 Today, an historic event is taking place in Ekiti State. The host is Irele-Ekiti.
Locals will be marking a day that brought them liberty. Today, the community will be remembering the momentous place of a late military General who led the people to victory in the pitched military battles of the 1600 to the early part of 1700s. It’s about the past, the present and the future of a people noted for adventures.
For students of Yoruba history, this is intriguing. More than 300 years ago, Ibadan was the precursor of one of the most ferocious war machines in African history. Ibadan is not a sub-tribe as some wish to make us believe, rather, Ibadan represented the collection of the most formidable military garrison held in awe by Yoruba most ferocious military Generals of the earliest centuries.
It was also the training school for military students of the past years that came from as far as today’s Ghana, Senegal and even some parts of Timbuktu. Little has been written of Ibadan dexterity.
The senior military officers were a mix of Oyo, Ekiti, Ijebu, Ilaje, Itesekiri but all under the Generalissimo of the Aare Ona Kakanfo, an Oyo, the Field Commander of the Yoruba Army. It is to be conceived that the majority of the field officers and infantry soldiers were of Oyo stock.
Now, back to the story of General Palaake being celebrated today in Irele-Ekiti.
How Palaake saved Irele
Ibadan was notorious for laying siege on cities which she would later capture. The fear of Ibadan was the beginning of wisdom. The Ibadan garrison had compartments; infantry, intelligence unit, recce and the elite corps.
Irele had been subject to vicious raids by Ibadan soldiers for many years until the coming of Palaake. There were no clear indications of his military background, probably he was also a former student of the Ibadan military school like General Ogedengbe who history later bestowed the prowess of leading the Kiriji War with General Fabunmi.
Who is Palaake?
Legend described Palaake as an ebony black, tall man with protruding eyeballs. He was said to have offered to lead Irele to victory after many raids that had wrecked the human population of the city.
He got the nod of the traditional institutions. He began a massive recruitment among the young people. He was said to have encamped in the thick forests where the young men were tutored in military craft which included the study of animal behavior in the design of their military strategies.
He built a formidable army. This took him many years including identifying Ibadan spies who were largely women who had visited the communities to marry their strongest men.

The following season when Ibadan soldiers came for the usual walk-over, Palaake’s soldiers smitten them leaving only one person in two battalion of soldiers that had invaded the community.
There have been debates on the strategy he explored; some said he recruited female soldiers who adorned the route, offering the Ibadan exhausted soldiers poisoned Akara and doses of affection before descending on the soldiers and killing all but one of them.

There were suggestions that he had sent scores of female spies to Ibadan who married some of the Generals and even bore them offspring and that these soldiers escaped in later years to reveal the most important secrets to their own people.
Whatever was the case, Palaake led Irele to victory. Interestingly, up to the early 1900s, some of the seized Ibadan military weapons were kept at a place called “Oke Palaake.”
It is also believed that the hundreds of Ibadan soldiers killed had their remains buried in a shallow grave in Irele Ekiti. Carbon dating may help us determined when this event actually occurred and the number of causalities.
Fast forward to 1999
I was in Beere, Ibadan attending a wedding with Irele people. The noisy party went into the night provoking the outrage of an old woman said to be in her 80s. This Ibadan woman came furiously to challenge the gathering for disturbing her peace. Somehow, she got to know the people were from Irele. Her countenance changed. She knelt in awe, saying Irele A re Ibadan bi eni re’la” meaning Irele, the city that sliced Ibadan in the manner a knife slices Okro. She narrated the story told by her forebears about how Irele was one of the most difficult battles Ibadan ever fought in her series of internal wars within Yorubaland.
Researchers need to do more on Yoruba war history. This should be the basis of setting up the Yoruba War Museum, ( It would create wealth from tourism), a proposal I had drawn for the government of Ekiti State around 2010. Some of the weapons used by Ibadan warriors are scattered across Yorubaland. Many never knew that Ogedengbe imported military weapons from Hambourg to prosecutre the war that ended on September 23, 1886. I saw some of these weapons the last time I visited the current Ogedengbe of Ijeshaland. Any way, I understand the current Governor Fayemi has the project in the pipeline among his numerous interventions