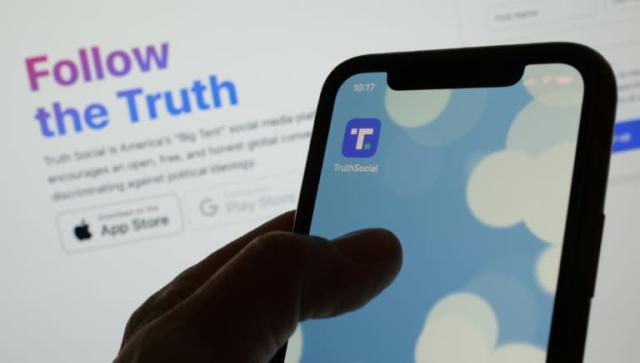 Fox Business Network reported Thursday that the platform has halted payments to the company that hosts it, RightForge, and owes $1.6 million.

Meanwhile the parent company’s merger with Digital World Acquisition Corp — a blank check company formed specifically to carry out a merger — has yet to take place, 10 months after the announcement that it would happen. This fusion is supposed to bring in fresh funding for the Trump platform.

DWAC published Thursday a call for a special shareholders meeting September 6 at which investors will be asked to approve a one-year delay for carrying out the merger, until Sept 8 of 2023.

Without a favorable vote for an extension the blank check company said it will be forced to dissolve.

Financial data published Thursday said that as of late June, DWAC had only $3,000 in cash on hand.

Truth Social bills itself as Trump’s answer to platforms like Twitter, which the former president used as a loud political bullhorn until he was ejected from it after a mob he had egged on assaulted the US Capitol in January 2021.

But six months later it is in 30th place in an Apple ranking of social media apps downloaded onto iPhones.

The Statista data base says Truth Social is downloaded only around 50,000 times per week.

Trump’s account on Truth Social has 3.91 million followers; on Twitter he had 79.5 million when he was booted.

Shares in DWAC have fallen 71 percent since hitting their peak in early March.

LastPass, a Password Manager used by more than 33 million people, said a hacker recently stole source code & proprietary information after breaking into its systems
Republic of Ireland is offering work permits for critical skills and other employment categories