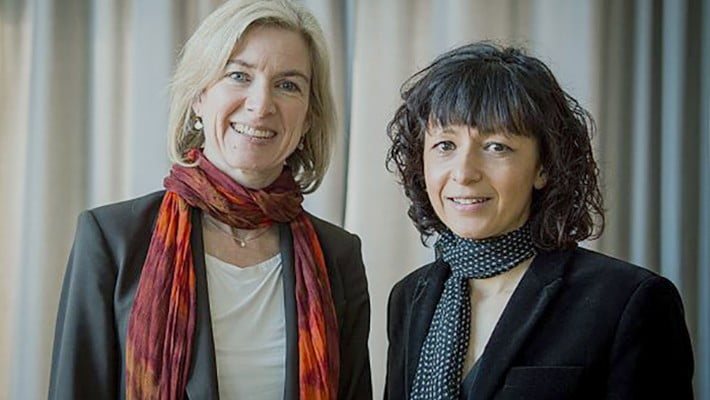 The Nobel Committee on Wednesday presented the 2020 Nobel Prize in chemistry to two scientists for their research into “genetic scissors” that could cut DNA with precision.

The discovery by Emmanuelle Charpentier and Jennifer Doudna could allow scientists to make precise changes to targeted genes.

“This technology has had a revolutionary impact on the life sciences, is contributing to new cancer therapies and may make the dream of curing inherited diseases come true,” the Nobel Committee said while announcing the award.

Doctors have begun using the discovery to to experiment the treatment of sickle cell, officials said, adding that the results have been encouraging.
Unlike the typically long periods that fundamental researches usually take, this latest discovery called CRISPR-Cas9 has had immediate impact.

“Once in a long time, an advance comes along that utterly transforms an entire field and does so very rapidly,” Francis Collins, director of the National Institutes of Health which has long supported Ms. Doudna’s research, said on Wednesday.

“You cannot walk into a molecular biology laboratory today, working on virtually any organism, where CRISPR-Cas9 is not playing a role in the ability to understand how life works and how disease happens. It’s just that powerful,” he added.

The Nobel Prizes are usually presented to recipients in Stockholm and Oslo every December. But the coronavirus pandemic has forced organisers to find other ways of presenting the awards this year.

Award ceremonies in Stockholm will be canceled for a virtual programme and those who win this year will get their respective prizes in their home countries.