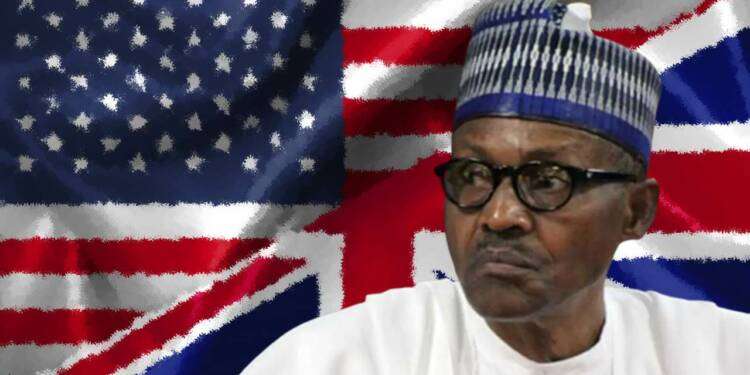 In the animal kingdom, beasts of prey, when lock on a particular animal to be hunted, they go all out in order to do so. America is that animal who hunts for nothing but oil and its latest prey is none other than Nigeria.

The US and UK have issued a warning, stating that Nigeria is on the target of terrorists. Both countries told their citizens to avoid any non-essential travel to the nation. They designated places like shopping malls, places of worship, schools, restaurants, and international organisations etc as the potential targets. However, no credible source or intelligence was provided by the US and the UK to corroborate their claims.

There have been several security problems in Nigeria. In fact, there was a prison break in July in which about four hundred prisoners escaped from jail. An Islamist group took responsibility for the prison break.

Now, Nigeria is one of the largest nations in Africa in terms of resources, economy, population and landmass. It is one of the largest oil producers in the continent, it has a vast reserve of Lithium, a population of 180 million people, has a well-connected rail system, is also the first country in Africa to employ technology in stock exchange and is building a 6000 km gas pipeline project with Morocco. Strategically too, Nigeria is a very important nation in Africa.

In the wake of Russia’s military action in Ukraine and resulting sanctions being imposed by the US and Europe, the West is looking for alternate sources of oil and gas owing to the energy crisis looming over Europe. One of the alternate sources is Nigeria as it is one of the biggest oil producers in Africa. The US and Europe are making numerous attempts to get their hands on Nigeria’s oil.

Now, we at TFI Global explained that how since the Russia- Ukraine conflict oil theft has increased manifold and additionally is being committed in Nigeria by multinational oil companies. The Nigerian Navy uncovered under sea crude oil theft from an oil head. The response of the company, which owned it, upon being informed of the spill was suspicious and pointed to a nexus being run by these corporations on the orders of their masters in the West.

Mele Kyari, the director of the Nigerian national petroleum company stated that about 600,000 barrels of oil or more are being stolen per day. Nigeria slipped from its first place to the fourth among oil exporting nations. And for the first time since 1990, Nigeria’s oil production dropped below one million barrels per day. The Nigerian government is very concerned about this development. It announced that it will launch an operation to stop the rampant theft of its oil and will use helicopters, aircraft and armoured vehicles for this purpose.

Now, when it comes to clean energy technology, the US aspires to become an expert in the field. It is actively taking part in developing its renewable energy sector and one of the aspects is the Electric Vehicle industry.

Recently, Nigeria’s Minister of Mines and Steel Development, Olamilekan Adegbite, rejected the proposal of the world’s richest man Elon Musk. Tesla offered to mine Lithium in Nigeria, which was turned down. Instead, Adegbite asked Tesla to set up a battery industry in Nigeria but Musk refused. Adegbite is aware of the criminal activities of these Western multinational companies which leave no stone unturned in extracting as much profit as possible from poor people in Africa and Asia. Adegbite knows that allowing an American MNC into his country would result in violation of the rights and freedom of Nigerian people and expose his country’s resources to theft.

For a very long time, the US has been trying to gain control of Nigeria’s resources. The entire purpose of the AFRICOM is to make sure that the US government’s plan to establish its dominance over the wealth and resources of African countries is successful. The whole point of US involvement in Africa is not to attain peace, assist in the quest to become a democracy or safeguard the rights of people, but to plunder its rich resources like gold, oil, gas, uranium, copper, bauxite, diamond, iron ore etc.

(Source: The Strategy Bridge)
Nigeria is one of the richest and largest countries in Africa. Now, we explained how Boko Haram is an offshoot of the CIA. One of the most infamous strategies of the US is to deliberately create trouble in other countries and then suggest its solution. The US did this in Afghanistan which even Hillary Clinton admitted to. She publicly acknowledged her role in providing funds and weapons to the Taliban to counter Russian influence and secure “freedom” for Afghans. However, today the same Taliban is brutalising civilians and ravaging a once thriving nation.

The US is doing everything in its power to capture Africa’s resources. In countries like Ethiopia, Biden and his allies are actively providing funds and arms to the TPLF to establish their control over the entire Horn of Africa region which has rich deposits of petroleum, natural gas, hydropower, potash, salt etc.

In light of these facts and circumstances, since the US was not successful in establishing its control over Nigeria’s resources, therefore it has decided to activate its creation in the name of Boko Haram. This warning by the US and UK is meant to create chaos and instability in Nigeria taking advantage of which Boko Haram will increase its activities and through that instability, Boko Haram will try to capture the control of resources for Biden and his allies. It is amidst this chaos that USA will enter the scenario as a saviour, on a mission to protect Nigeria but one needs to be aware of the wolf in sheep’s skin.