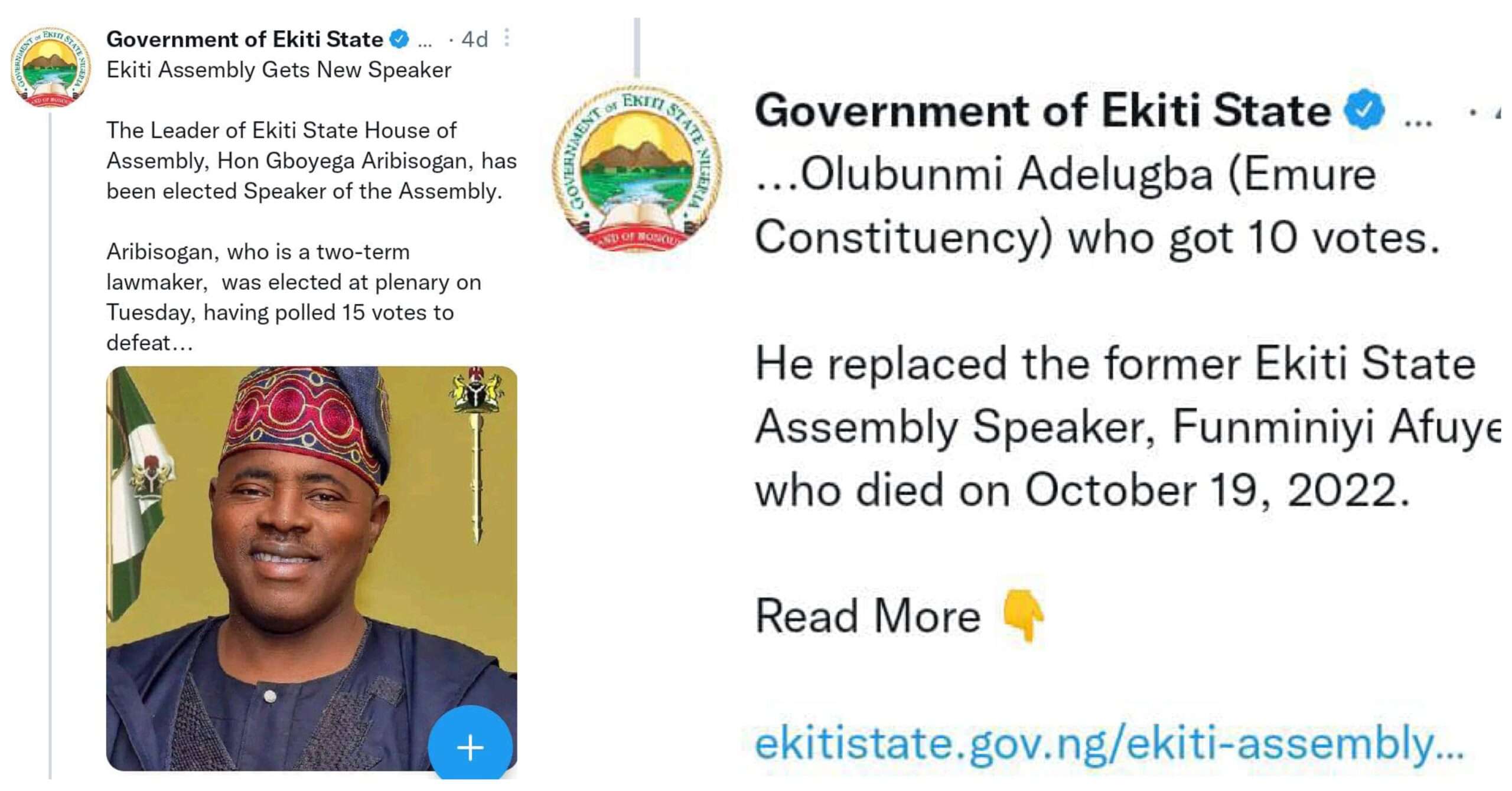 Fayemi wants to set Ekiti on fire, recruits thugs to install Bunmi Adelugba as Speaker at all costs.

The desperation of the former Ekiti Governor, Kayode Fayemi to keep on ruling Ekiti by proxy is manifesting clearly. Fayemi whose preferred candidate for the position of Speaker was rejected by house members in favour of Hon. Aribisogan has vowed to make the state ungovernable by the new Governor, Biodun Oyebanji except Bunmi Adelugba is installed to keep a hold on Oyebanji’s government.

At a meeting held yesterday night by Fayemi at his new palatial residence in Ado Ekiti with Akeem Jamiu, Deputy Speaker, Mojeed Jamiu, younger brother to Akeem, Garba Arogundade, the party Secretary, Paul Omotoso, the party chairman, Hon. Adeoye Aribasoye and Biodun Omoleye, former Chief of Staff to Fayemi. It was agreed that Mojeed Jamiu should provide #10million naira to execute the plot to forcefully install Bunmi Adelugba as Speaker.

Part of the plots was for Dele Olugbemi to mobilize thugs to the house with the advance payment of #2millions Naira. Fayemi had assured the enemies of democracy of police protection as the State commissioner of Police is under his command.

We wish to warn Kayode Fayemi and his co travellers that Ekiti has never and will never be a conquered territory for anybody irrespective of his status. Ekiti people voted for Oyebanji not Fayemi whose tenure was repleted with failed promises of the payments of workers’ salaries arrears and provisions of social amenities. The state debt ballooned into billions of naira under Fayemi without corresponding infrastructure. He should allow Oyebanji to run his tenure without undue interference. One may want to ask the question, why is Fayemi desperate to have his cronny as the Speaker? Is it for sinister motives or to cover perceived loots of the treasury?

Fayemi and his co travellers should better bury their thoughts or meet their waterloo in the hands of angry Ekiti Youths whose future had been mortgaged by homongous debts incurred by Fayemi as Governor.

We are watching with keen interest.