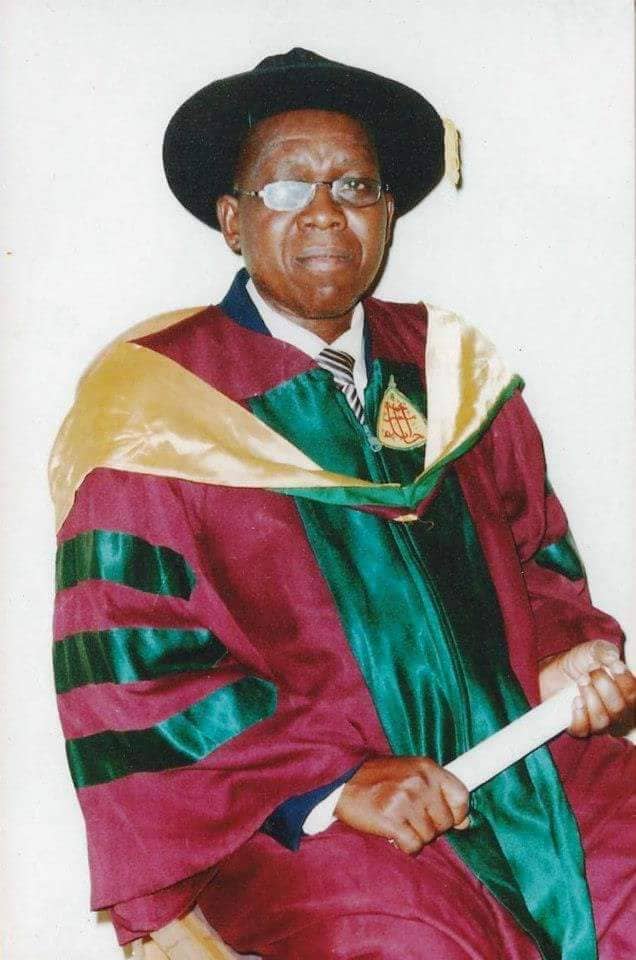 In 1968, I got enlisted into the Nigerian Army in the Heat of the Civil War because My Father refused to send me to school and I decided to do what I called involuntary suicide. I wanted to Die in the War Front if it was possible.

Fortunately i survived the War with multiple bullet wounds. At 3 Marine Commando Division Artillery, Lt. AJ Kazir came to the orderly room were I was the Intelligence Clark and asked while I was reading a novel. “Boy do you want to Read?” I said “Yes Sir”, He followed up with “What was the Problem”, I replied “I Come to Work in the Morning and Close by 4pm and that I am always detailed on duty.” He told me to buy a notebook and he wrote on that notebook that this Boy should not be detailed on duty for two years and should resume 8am and close 12noon daily…

So in 1970, the Year I gave Birth to my first son I enrolled for my GCE with the Rapid Result College in London because I never had the opportunity to attend a normal secondary school here in Nigeria. By 1972, Capt. AJ Kazir informed me that there was Pre-GCE class at Ilorin Army School of Education and asked me to Vow that if I pass my GCE, he will make me a Lance Bombardier and that was the rank I retired with in The Nigeria Army Artillery because he made me one.

By 1976, The Year I gave Birth to Retson A Tedheke My second son, I had Passed both my GCE Ordinary Level and Advanced Level through home Studies and by 1977 I had put in papers for retirement from the Army because I felt that even at about 30years old my future still needed proper education and wanted to better enhance myself no matter the financial obstacles. I was encouraged by Gen. TY Danjuma who said in Ibadan that any Soldier who wanted to go for further studies can leave the Army.

By 1978, This Old Soldier began his Tertiary Education at the University of Port Harcourt, The home of MARY NWALI, The Mother of My First Two Sons. By 1982 I got Bsc in Political and Administrative Studies. I enrolled into the National Youth Services Corps (NYSC) between 1982 to 1983. Was Admitted to the University of Jos for My Msc Political Economy and Development Studies in 1984, I graduated in 1985. I tried to enroll for my Phd in the University of Jos, but there was nobody with the Experience of the Nigeria Civil War to supervise me, so I was delayed.

The Army Called Again in 1987 under Gen. P. Tarfa as Commandant of The Nigeria Defence Academy. He was the officer who initiated the Degree Programs in NDA. So at about 40 years I got my first job after my retirement from the Army. I enrolled again for my PhD at Bayero University in Kano by 1995 but Prof. Attahiru Jega went on Fellowship to Sweden and after returning in 1996 could not supervise the Civil War Project which most interested me. I tried to re-enroll again into BUK but my files could not be found.

Then Prof. A Ohwona of Ahmadu Bello University, Zaria, Department of Political Science, advised me on his Visit to the Academy to Apply. I did. My PhD Work started in 1999, then Suddenly Prof. A Ohwona was transferred to Delta State University in Abraka and Prof. RA Dunmoye now took over my supervision and by 2004 when I lost my Dad, Mr. Oletukuvie Tedjeke, being the Eldest Son and with a lot of Financial Pressures i could not meet my schedules over my PhD work. Then Prof. RA Dunmoye said “Come over Please, must the death of your father end your ambition?” I rushed down to ABU to present my first Four Chapters and by 2007, 20years after I had my External PhD Defence.

Because of the Delay with my PhD Work and the emphasis later by Universities to make PhD a prerequisite for Senior Lecturer, I remained as Lecturer 1 for 16years. I was therefore promoted to a Senior Lecturer in 2008 at the age of about 60years old. Six Years after in 2013, I was Made An Associate Professor. Let me official inform all my Students, Children and Colleagues That I am today to be Addressed as Professor Moses E. U. Tedheke. This journey that I started in 1970, I have achieved 48 years after.

Today is one of my happiest days in LIFE. If it took me this long and I am able to scale through in about my 70th year on earth, there is no one that cannot do it. Like my Son would always say…

WE DIE HERE Must be the Mentality to achieving you desire. It Means No Retreat, No Surrender.

National Institute for Legislative and Democratic Studies holds its first Matriculation Ceremony
The Yorubas say, ‘ A matter that is beyond weeping calls for laughter’.