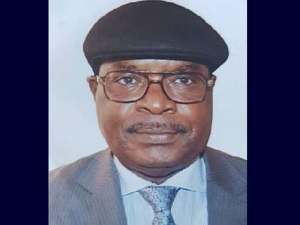 The Chief Judge of the Federal Capital Territory, Abuja, Justice Ishaq Bello, has barred judges of the court from issuing ex-parte orders to stop any election.

Justice Bello warned that disciplinary action would be initiated against any judge that violates the New Practice Direction that would operate in all high courts within the jurisdiction of the FCT.

The CJ spoke at the inauguration of the new executive committee of the Abuja branch of the Nigerian Bar Association, also known as the Unity Bar.

In his remarks after he administered oath of office to the new NBA Abuja Executives led by the Chairman, Mrs Hauwa Shekarau, Justice Bello, said the policy prohibiting the issuance of ex-parte orders in election-related cases, was to ensure natural development of democracy in the country and to encourage politicians to settle their disputes internally without the intervention of courts.

He said, “They must have observed that this jurisdiction has demonstrated a sense repose against granting ex-parte injunction or any restraining order to forestall any electioneering activity.

“This should be instructive, because charity begins at home and if we can consider the bar and its organs as part of parcel of the household to which the bench belongs, then we have started demonstrating our position abhorring ex-parte injunction forestalling elections.

“Therefore, be wary of coming up with application when it comes to pragmatic politics because we are not going to accede to that.

“This is because we want the natural growth of democracy. We want the political actors’ role to learn how to resolve their disputes within themselves without coming to court, except where it is exceedingly necessary”, the CJ added.

Besides, he said the new practice direction would also help to address the issue of forum shopping by litigants and stop the delivery of conflicting judgments by different courts on similar subject matters.

According to the CJ, with the new practice direction, a case could be transferred to states where the cause of action arose.

“We want to foreclose the window for forum shopping and conflicting decisions across the country. We want to sanitise the system.

“Cases will come to FCT High Court from Kaduna, Ondo, and Anambra states where they should be heard.

“Even when they come here they start jumping from court to court when they see the handwriting on the wall.

“We have to sanitise the system. The practice direction has now directed that those matters to be transferred to their place of origin even if they are part-heard.”

He charged the new EXCO of the Unity Bar to keep to their promise to act according to the Nigerian constitution and other laws of the land.

Meanwhile, two former chairmen of the Unity Bar, Mr Ikechukwu Ezechukwu, SAN, and Joe Kyari-Gadzama, SAN, lauded the Abuja branch of the NBA for conducting a rancour free election that led to the emergence of the new executives.

In her acceptance speech, the new Chairman of the Unity Bar, Shekarau, sought the cooperation of members and elders of the association, even as she pledged to deliver on her 10-point campaign agenda that included the welfare of members and mentoring for young lawyers.