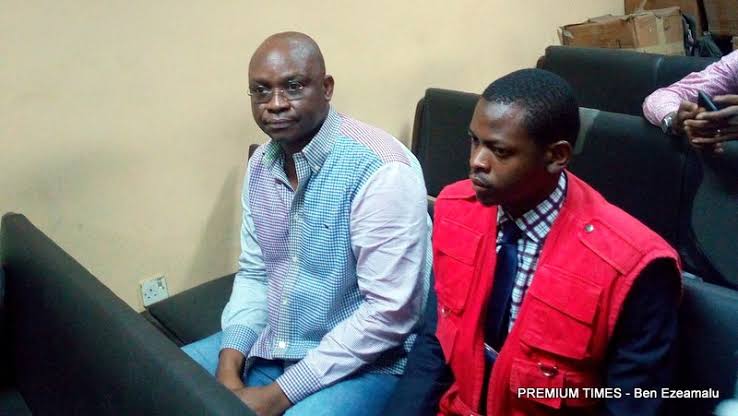 The Speaker in a press release signed by his Special Adviser, Akogun Tai Oguntayo, disclosed that after the resolution of the House of Assembly at the plenary yesterday inviting the former Governor to appear before the House, he called the Speaker to confirm if the report was true. The Speaker confirmed to Mr Fayose’s it was true and that was the end of the discussion.

The statement further disclosed that after Fayose’s phone call, the Speaker intimated two of the lawmakers of his conversion with the erstwhile governor.

Just as the Speaker was settling down in his office this afternoon, Mr. Fayose stormed his office with a retinue of press men led by his former media aide, Mr Lere Olayinka, who was equally wanted on another alleged fund stealing. The Speaker who was accompanied in his office by two other lawmakers immediately stopped the journalists from entering his office and warned Mr Olayinka against writing any fake report as it’s usual of him.

When Mr Fayose announced his readiness to the Speaker, he was told to go back and await the official invitation letter from the House of Assembly.

Rt Hon Afuye however stated that the former Governor was accorded his due compliment on arrival at the House of Assembly ”being a former No1 citizen of the State”. He then reiterated that the House cannot be harassed or intimidated by anyone ”as we are poised to investigate the alleged looting public fund without any fear or favour”