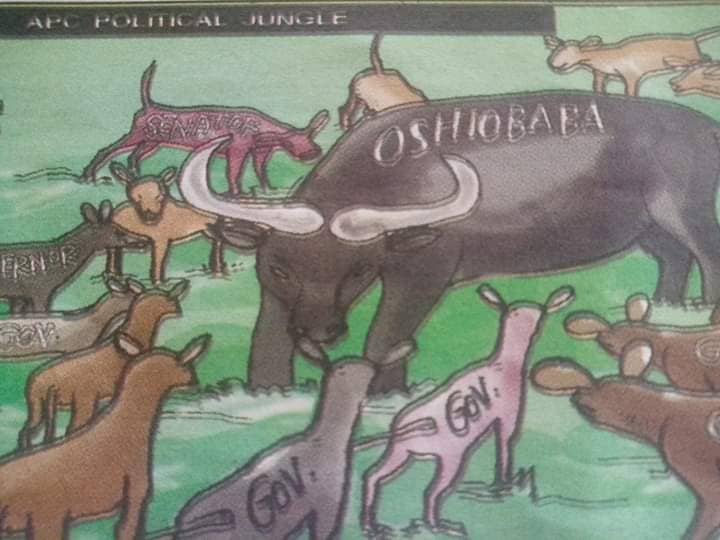 As the All Progressives Congress crisis deepens, President Muhammadu Buhari has taken over the process of restoring the confidence of aggrieved members of the party.

A top-ranking member of the party’s National Working Committee confirmed the development to one of our correspondents in Abuja on Sunday.

He spoke on condition of anonymity because he was not authorised to speak to the media on the issue.

The source said, “The President has chosen a different approach this time; he is meeting with the aggrieved persons directly so that he can deal with the situation.

“As you know, some of our party people go to tell him things and only the aggrieved can say what level of injustice they suffered. He even met with a delegation of aggrieved party members from Bauchi yesterday. ”

The Senior Special Assistant to the President on Media and Publicity, Garba Shehu, confirmed this development in an interview with one of our correspondents in Abuja, on Sunday.

Shehu spoke amidst media reports that Buhari had set up a five-man committee to look into the post-primaries crises and advise him accordingly.

Media reports had it that the committee had since submitted its report to the President and that he (the President) would be meeting some critical stakeholders on Tuesday.

Although he did not give details of Buhari’s intervention, Shehu said the President was “deeply and directly involved” in the efforts aimed at ensuring peace in the party.

The presidential spokesman added that Buhari’s involvement was evident in some of his recent activities.

He said, “The President is aware of the urgency of the situation (the APC post-primaries crises) and he is dealing with the matter headlong.

“He is directly and deeply involved in how to resolve the issue as can be seen from his activities lately.”

Copyright PUNCH.
All rights reserved. This material, and other digital content on this website, may not be reproduced, published, broadcast, rewritten or redistributed in whole or in part without prior express written permission from PUNCH.