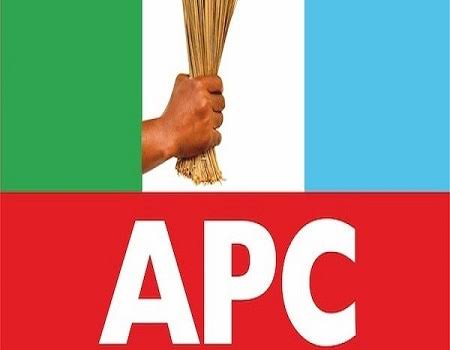 The All Progressives Congress (APC) in Ekiti State has warned the House of Assembly Commission against further punitive actions against the relations of APC leaders working in the commission and House of Assembly chamber.
A statement by the State Publicity Secretary, Hon Ade Ajayi, warned that the party will resist any bracing victimisation of the relations of APC leaders, who were “being targetted for punitive actions, including losing their jobs”.
Ajayi noted that shortly after former Governor Ayodele Fayose assumed office, more than 100 workers employed by Adewale Omirin-led House of Assembly dominated by APC were sacked by the former governor over allegation that they were relations of APC leaders.
Ajayi said: “We have noted that after this political intolerance that led to unlawful dismissal of several workers perceived to be related or close to APC leaders, the present House of Assembly Commission led by a PDP leader has not stopped from persecuting workers perceived to be relations or close to APC leaders.
“We have noted that in the latest move to put top workers loyal to PDP in strategic positions in the Assembly Commission bureaucracy, the commission has again listed workers that can’t be trusted with PDP’s agenda for punishment, including transfers and outright loss of their jobs, to enable PDP’s loyalists dominate the Assembly bureaucracy.
“It is curious that the commission is currently probing the workers perceived not friendly with PDP for spurious reasons ranging from intimidation, victimisation and hostility, among others.
“Curiously, most of the victims are relations of APC leaders, who were displaced unceremoniously and posted to positions irrelevant to their disciplines.
“Curious also is that the panel probing these innocent workers is composed of directors and top officials that do not hide their partisanship for PDP.
“We call on the Commission’s leadership to disband the panel forthwith and allow these innocent workers a breathing space.”
Ajayi reminded the commission of the futility of its action after the court had declared all commissions instituted by Fayose as illegal.
“Instead of battling in court to plead for the legitimacy of their office by upturning the court judgement declaring the commission illegal, PDP leaders in the commission and their collaborators in the House of Assembly bureaucracy have intensified their anti-APC stance to punish workers that are perceived to be brothers and sisters of APC leaders.
“We warn the leadership of the commission and their collaborators in the House of Assembly to forthwith stop this political victimisation of innocent workers in this reckless mission to control the Assembly bureaucracy by PDP.”